Why Avoid Talking about Gender? 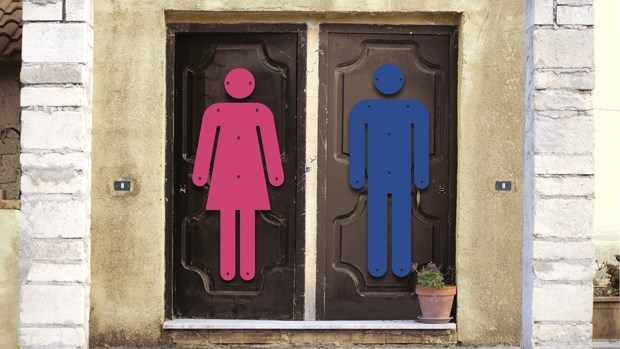 Despite the reality that gender issues are trending in culture and on social media, many in the church seem to equate talking about this polemic topic with swimming in a shark tank: too dangerous and not worth the thrill.

My husband and I have been leading long-term healing and discipleship programs in New England area churches for more than 20 years. We frequently—and willingly—jump in that shark tank to discuss gender and other taboo topics. What we hear again and again from participants is, “Why aren’t we talking about gender issues in the church?” We aren’t talking about gender issues in the church because it’s easier not to. Based on what’s happening in our culture on the topic of gender, God is offering us an opportunity to not only engage, but lead this conversation.

There’s potentially more at stake when we discuss gender—directly or indirectly—than any other issue. Remember the conversation about how to communicate summer dress codes for Sunday morning leaders that unraveled before you finished your coffee? Remember how your worship leader pushed back when you suggested that the songs he chose were a bit too feminine? When defensiveness shows up uninvited in your staff meetings or events, what might be happening is that the men and women are feeling threatened in a deep place. At core, we are gendered people. Though we can set aside our political, geographic, or denominational preferences, we cannot separate ourselves from our gender without some level of disintegration. Defensiveness, or protest, becomes a form of protection against this disintegration.

To some degree, this protest is healthy because we shouldn’t try to separate ourselves from our gender. Since we are created in God’s image, gender reveals a component, or essence, of his character. If we reduce gender to plumbing (biology), we miss out on the bigger picture. As a woman, my body’s ability to grow a child inside my womb displays nurture. But nurture is not simply a woman’s thing. It a God thing. Similarly, though men and women have the same number of skeletal muscles, men generally have more muscle mass due to higher levels of testosterone. But strength is not simply a male character trait. It’s part of God’s nature. So when both men and women nurture, when both men and women exhibit physical strength or strength of character, they reveal God’s nature.

Because of this deep and profound truth, conversations which are reductionistic and assume that to be a woman means X and to be a man means Y, have the capacity to create divides—or expand already existing ones. We are complex people, and our God is a big God, yet we often persist in squeezing each other into little, tiny boxes. That can be as innocent as assuming men should be assigned parking lot duty and women should coordinate the after-church brunch. It can also be more consequential and therefore painful. If the woman who has the official role of administrator actually functions as a pastor in her church, but the denomination refuses to honor her with the title (and pay) of a pastor, it’s not only this specific woman who feels the sting of inequality. Gender-based hierarchies create tension. These feelings bubble to the surface when we sit down to have a conversation about anything of consequence.

Why Avoid Talking about Gender?

END_OF_DOCUMENT_TOKEN_TO_BE_REPLACED

Women Leaders in the Bible
END_OF_DOCUMENT_TOKEN_TO_BE_REPLACED