Go Ahead and Grin—Church Is Hilarious

Ministry is a lot more fun if you laugh at just about everything.
Read as Single PagePage 1 of 2 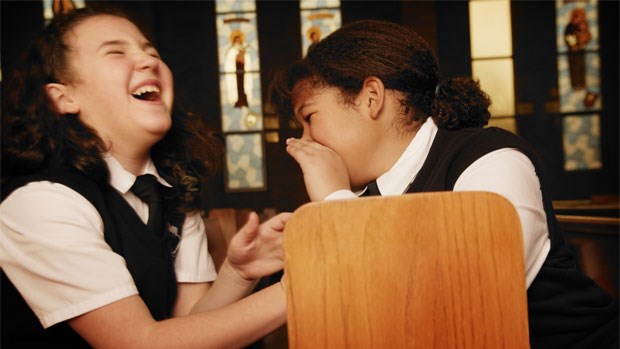 Somewhere along the line, I decided that it was better to laugh at all the craziness that goes on in churches instead of feel complete and total angst. This state of mind came about after our family’s visit to a friend’s first pastorate. We wrote down careful directions on how to get to his country church. He said there would be a welcome sign at a crossroads that would indicate where to turn. When the day arrived for our visit, we drove for miles up and down the road without ever seeing the sign. Finally, by accident we located the church. When we told our pastor friend about our trouble, he was confused. He asked the church trustee what happened to the sign. The trustee explained, “I took it down for the winter so it wouldn't become weathered.”

Our friend taught me something that day. Instead of going into a tirade about how his congregation just didn’t get it, he laughed. And he kept on laughing. I decided I needed to adopt his attitude more often, so I began to see humor everywhere.

I was amazed at the opportunities to laugh at things that go on in the church. Rather than be appalled that the man attending our church argued with my husband about his sermon each Sunday, I began to find it amusing. I particularly enjoyed the time he said, “I’m praying one of us goes blind. If it’s you, you’re wrong. If it’s me, I’m wrong.” Now I admit that’s a pretty serious thing to pray, but I found it comical. I still laugh every time I think of it. He left our church shortly after that statement and we didn’t see him again until we moved into our new neighborhood and found out he lived behind us. My husband saw him first and when he told me, I immediately asked, “Is he blind?” He wasn’t and neither is my husband, which showed me that God didn’t take his prayer seriously either.

Music in church is an endless source of hilarity. When my husband shared the words to a powerful Christmas hymn, he spontaneously suggested we sing it and forged boldly ahead without looking to his worship pastor. The congregation burst into laughter when he led the congregation into singing the ancient hymn to the tune of “Deck the Halls” (we got lost when we hit the “fa la las”).

Another time I left my husband in charge of our family to attend a retreat. When I got home, I asked if anyone had been late to church because of the time change. My husband hung his head sheepishly and said, “Only one family that I know of.” Instead of rubbing it in that he clearly couldn’t function without me, I found it amusing that the pastor’s family was the only one that was late.

Go Ahead and Grin—Church Is Hilarious

END_OF_DOCUMENT_TOKEN_TO_BE_REPLACED

Men and Women Working Together
END_OF_DOCUMENT_TOKEN_TO_BE_REPLACED