The Habit of Keeping Divine Company 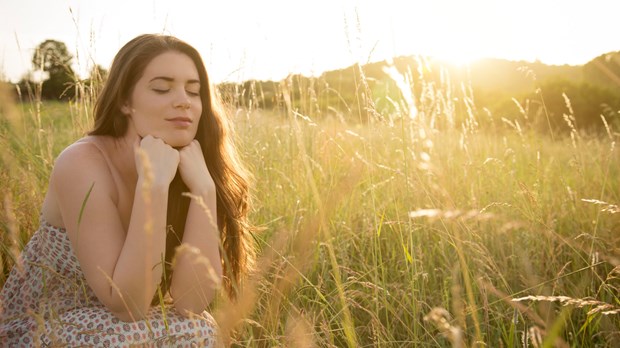 A recent study on the habits of cell phone users reveals disturbing trends:

• 9 percent of U.S. adults are using their smartphones while they have sex.

• 35 percent are using their phones in a movie theatre.

• 33 percent are using them on a dinner date.

• 32 percent are using them at their child's school function.

• 55 percent are using them while driving.

• 12 percent are using them while in the shower.

• 19 percent are using them in their church/place of worship.

In our socially mediated world, we stream constant chatter and keep perpetual company. The modern world drones at a low, dull roar—and we need the regular retreat of solitude and silence, which Jesus himself practiced, and which Dietrich Bonhoeffer called in his book Life Together, “The Day Alone.” We need it to love the crowds.

The Example of Jesus

As the gospel writers record, Jesus had the habit of rising before dawn and escaping to desolate places in order to pray. Mark records one of these incidents in Chapter 1, noting how anxiously and urgently the disciples look for him. When they found Jesus, they seemed almost to scold him: “Everyone is looking for you” (1:37). The crowds need you, they insisted. But Jesus knew what he needed.

To see Jesus is to see the crowds, their pressing needs and constant interruptions. The crowds often gathered outside Jesus' personal home or the homes to which he paid visits, bringing their sick friends. On one occasion, recorded in Mark 2, the crowd was so thick and impenetrable that four desperate friends made a hole in the roof of Jesus' home, removing the straw mats and wooden timbers so they could let their paralyzed friend down at his feet.

As Jesus walked the streets, the crowds pressed in around him, nearly crushing him with their desire for a touch of the hem of his robe. One account, recorded in Mark 5, introduces a woman who had been bleeding for 12 years and reached out to touch Jesus. She hoped the crowd would provide anonymity for her gutsy act.

As Jesus gained a reputation as a healer, the crowds clamored constantly for his presence. Mark describes one scene where Jesus, having just learned of the execution of his friend, ministry partner and cousin, John the Baptist, sought a desolate place of rest for himself and his disciples. The crowds had been coming and going, and Mark records that Jesus and the disciples “had no leisure even to eat,” (Mark 6:31). When they get into a boat and cast off for a desolate place of retreat, the crowd ran ahead to meet them on the other side.

The Habit of Keeping Divine Company

END_OF_DOCUMENT_TOKEN_TO_BE_REPLACED

Women Leaders in the Bible
END_OF_DOCUMENT_TOKEN_TO_BE_REPLACED