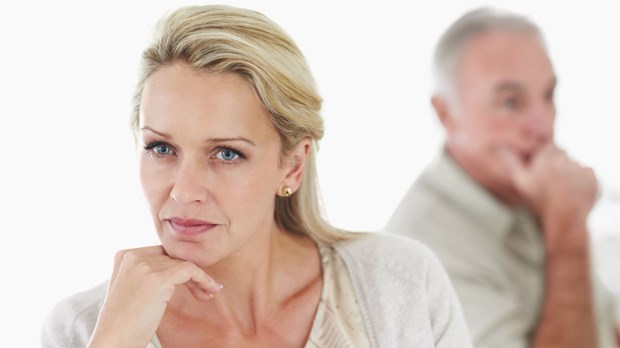 Here is an honest, no-holds-barred look into the lives of a handful of married, spiritually single women, myself included, and some practical tips about how to support them.

I came to faith a year after I married, much to the dismay of my husband, who initially considered my passion for God a fluke, something that would pass. Over time, it became clear that my faith was more than a passing fad. By the time I started attending weekly Bible studies, he had had enough. He grew increasingly sullen and withdrawn, shutting me out of his life.

“You don’t need me anymore. God is enough for you,” he said at one point. Granted, if I had fallen in love with another man, he might have tried to compete. But who can compete with God?

Over time, my husband’s sullenness morphed into criticism and contempt. He expressed his unhappiness in verbal jabs and workaholism. As he pulled away from me, my emotional tank emptied and I grew depressed.

So I did what any good Christian woman would do: I spent hours in prayer and reading Scripture, and I sought out my pastor for counseling. Although I can’t recall exactly what he said, the essence of it was something like this: “Just love him and submit to his authority. Things will get better over time.”

Unfortunately, things got worse. Much worse.

My mild depression blossomed into major depression, requiring medication and counseling. Then I was diagnosed with a few serious autoimmune diseases, which, according to the doctor, were “probably brought on by stress.” While autoimmune diseases develop for many reasons, in my case, the cumulative stress of a challenging career and a difficult marriage, as well as some unresolved issues from my past, played a significant role in triggering my genetic tendency toward developing these diseases.

Fast-forward a number of years.

My husband and I have made it to the other side; our love has deepened and matured. We have survived against all odds. Our marriage is evolving into a partnership, and we are holding onto each other for support as we face the challenges ahead. Our life together is hard as we continue to struggle to navigate our many differences.

END_OF_DOCUMENT_TOKEN_TO_BE_REPLACED

Does the Bible Really Say I Can’t Teach Men?Sabbath Is More than RestHow Should the Church Handle Adultery? Discover Your God-Given Calling

Women of the Bible
END_OF_DOCUMENT_TOKEN_TO_BE_REPLACED