Communicate to Both Women and Men

Should we change our delivery so we’ll be heard?
Read as Single PagePage 1 of 4 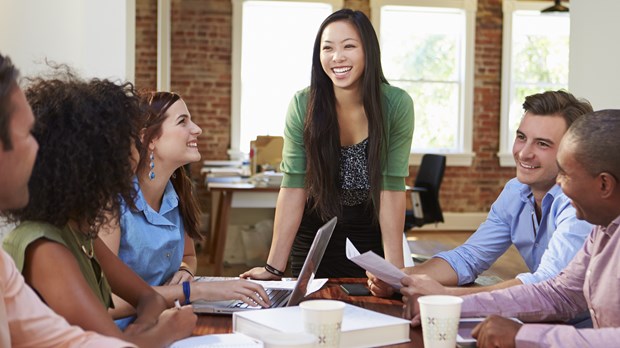 In her landmark book, You Just Don’t Understand, linguist and researcher Deborah Tannen, noted that women tend to use communication to connect and emphasize common ground, even from a young age. Men, on the other hand, more often use communication to compete, to assert their authority. Whether these traits are inborn or simply learned at a very young age, the fact is that they exist.

For women in leadership, acknowledging the way they communicate, relate to others, and even think can help them be more effective leaders. Understanding the unique styles of men and women can help us communicate more clearly and work together in ways that build up the body of Christ. Our differences don’t have to divide us.

Tannen, one of the leading voices on gender differences over the last two decades, wrote that women engage in “rapport-talk” while men tend to prefer “report-talk” in which they share facts and stories. “The men’s style is more literally focused on the message level of talk, while the women’s is focused on the relationship or meta-message level,” she writes. Her book debunks the idea that women talk more than men. They just use talking differently, and in different settings. Men talk more in public settings, often as a way of establishing authority, while women talk more in private settings, as a way of building relationships.

The church as a whole needs the voices of both men and women—and their differing perspectives—to accomplish its mission of reaching lost people. But often, women express feeling dismissed and misunderstood. How can women leaders share their wisdom so they are heard and understood? The more we know about how we communicate, lead, and influence, the more effective we’ll be at bridging the divide between our different styles.

When it comes to leadership, however, she notes that different researchers have come to different conclusions: “There are two contradicting views on the study of the intersection of influence tactics and gender: one side arguing that both men and women use the same influence tactics, just in different situations, and the other side supporting that influence tactics vary across gender.”

Communicate to Both Women and Men