I asked women across the country: Why are you here?
Read as Single PagePage 1 of 3 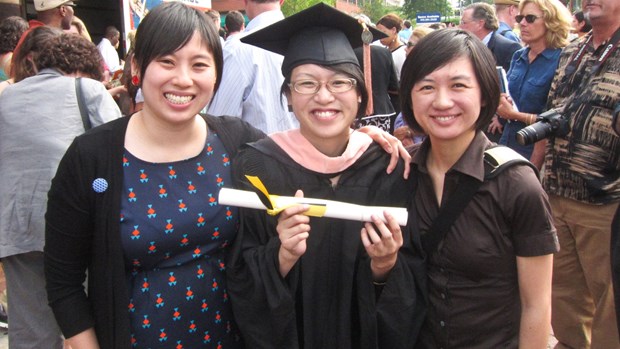 A little over a year ago, I sat down with women at three evangelical seminaries across the country, and posed this question: Why are you here? I quickly learned I wasn’t the first to ask.

Over half the women I interviewed said they’d been asked, “Why are you here?”—more or less verbatim—by at least one of their male classmates. Some women believed the question was posed in earnest, while others felt alienated by it. The subtext was not always “where is God calling you?” but instead “you don’t seem to belong here.”

It’s troubling that women would be so dogged by this particular question, but it’s also strangely fitting. “Why are you here?” encapsulates the challenges facing evangelical women called to ministry today. Where do they belong? Where should they seek training—if at all? Is the cost of seminary worth the investment if a paying job is not guaranteed?

It’s because of these questions and many others, that few evangelical women attend seminary. According to the Association of Theological Schools, women make up approximately 20 percent of Master of Divinity (MDiv) students at evangelical seminaries, and at some seminaries that percentage is much lower.

There is a lot to learn about why the percentage is small, but I was curious about the opposite: despite the obstacles, why do some women still go? Especially when so few of their peers do the same.

What I discovered was a strand of three cords: a sense of calling, supportive community, and experience in ministry:

All of the women I interviewed described some sense of calling—whether to seminary or ministry. Some women were confident, others less so, but not a single woman woke up one morning and suddenly decided to “try” seminary. Instead, it was typically a long, fraught process of discernment. Some of the women fled their calling for years.

Because of the challenges they faced—not the least of which was financial uncertainty—many of the women doubted their calling. They questioned it, or tried to reason their way out of it. They used words like “illogical” and “impractical.” But God always had the last word. The certainty that God had pursued them and would not be denied gave them enough courage to overcome their fears.

The second factor I encountered—a supportive community—is related to the first. Only one or two women described hearing God’s voice audibly calling them. Instead, God usually communicated their calling through people. All of the women I talked to described at least one pastor, family member, mentor, professor, or friend who identified their gifts, cultivated their gifts, and encouraged them to pursue ministry further. Even in churches that did not ordain women, there were pastors who named the gifts of women in their church and provided them with opportunities to use them.

END_OF_DOCUMENT_TOKEN_TO_BE_REPLACED

Does the Bible Really Say I Can’t Teach Men?How Should the Church Handle Adultery? Sabbath Is More than RestTake Time for Breath Prayer

Women of the Bible
END_OF_DOCUMENT_TOKEN_TO_BE_REPLACED