Five Ways to Respond to Mansplaining

You’ve been invited to the table for a reason, and your team needs to hear what you have to say.
Read as Single PagePage 1 of 3 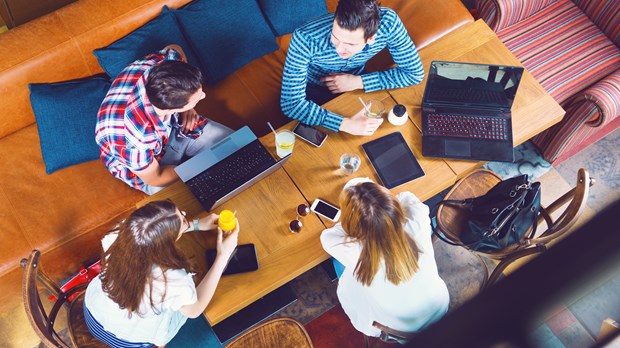 You got invited to an important ministry team. You come prepared to your first meeting eager to engage and share your ideas. You’re thankful for a seat at the table and excited for the opportunity to serve. Despite your excitement and hope leading up to the meeting, however, you leave the meeting completely second-guessing yourself, wondering why you were even there. You knew it would be a challenge to be the only woman at the table, but you didn’t expect that you wouldn’t have a chance to share your thoughts. It seemed like every time you started to speak up someone cut you off, talked over you, or dismissed your idea.

Have you ever had that experience?

Recently there has been a plethora of conversation in mainstream business media about the idea of “mansplaining” or “manologues.” Mansplaining is used to describe when a man explains something to a woman in a patronizing or condescending manner, or when a man unnecessarily over-explains an issue, assuming that the woman doesn’t understand. A manologue refers to when a man overshares, veers off topic, or continues to talk after his point has been made.

An article in The New York Times shares:

The prevalence of the manologue is deeply rooted in the fact that men take, and are allocated, more time to talk in almost every professional setting. Women self-censor, edit, apologize for speaking. Men expound.

Of course, some women can be equally long-winded, but it is far less common. The fact that this tendency is masculine has been well established in social science. The larger the group, the more likely men are to speak (unless it is in a social setting like a lunch break). One study, conducted by researchers at Brigham Young University and Princeton, found that when women are outnumbered, they speak for between a quarter and a third less time than the men.

What does this mean for those of us in ministry? How should we handle mansplaining and manalogues in our ministry settings? I have certainly experienced these moments, and my guess is that you have, too. One example occurred during a meeting that I was leading. One of the men on the team began to take over the conversation, effectively mansplaining and manaloguing in one fell swoop. I could feel the tension building in the room. Not only was I annoyed, but the rest of the team was frustrated, as well.

Wrestling my inner dialogue that was arguing over whether it was impolite to interrupt, I finally took charge and asserted myself by confidently speaking up and telling him that he was taking the meeting off track, and we needed to get to the issue at hand. While I was trying to recover from the adrenaline rush that followed the tackling of my fears, I could hear the room heave a sigh of relief. A few other staff gave me a wink to say, “Thank you!” Others stopped me after the meeting to say that they appreciated how I reclaimed control of the meeting.

Five Ways to Respond to Mansplaining