How to Be a Spiritual Mother

We all have a responsibility to guide younger leaders.
Read in Multiple Pages 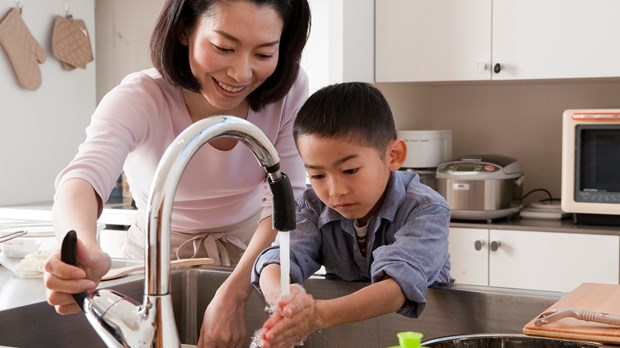 When I was in my twenties, I thought life was effectively over at 30. Incidentally, I also thought time would move much more slowly than it does. When I was in my thirties I knew better, but I still dreaded 40. I looked ahead and saw a future with obvious signs of aging, aches and pains, cultural alienation, and my precious children leaving home—it all felt negative and a big overwhelming.

But now that I am unequivocally in my forties, I realize there are some great things about being roughly at the halfway point of my presumptive lifespan. For starters, a solid majority of marketing and pop culture messages are not aimed at me—it’s very relaxing. For another, I’m actually looking forward to seeing my kids ready to leave home. Yet another, I am legitimately an elder to about half the population, and I find I’ve picked up a nice little collection of wisdom to share—and people actually want me to share it.

I find myself equipped not only for mentoring, but for spiritual mothering, a role I believe all women are called to play during our lives, regardless of whether we mother children in our own families.

Titus 2:3–5 gives a brief glimpse of the importance of this role in the church, with Paul instructing Timothy to ask older women to act in the lives of their younger counterparts. Both men and women need spiritual mothers. In the early days of the church—with few models to follow—people needed spiritual mothers and fathers to teach them how to be Christians. In modern times, this role seems just as important: Many young people live far away from their parents, and naturally occurring intergenerational community is rare.

So what does it mean to be a spiritual mother? It means using some of the same skills in relationships with younger Christians that mothers use with their children.

Nurture—Mothers nurture their children, caring for them, soothing them, and providing an environment in which they can grow and feel safe. We can nurture younger Christians as well, caring for them in both practical and less tangible ways. Spiritually speaking, our interest in them and our willingness to be authentic can create a space where they can safely grow.

Push—Good mothers don’t simply soothe or reassure their children; they also gently push them to try new things, keep practicing, and develop skills and confidence. Spiritual mothers don’t let people stay the way they are either. We push people, not necessarily in the direction we want them to go, but in the direction God is pulling them.

Mirror—British pediatrician and psychoanalyst Donald Winnicott wrote of a critical role mothers play in their infants’ lives: acting as a mirror to reflect babies’ own selves and moods back at them. As children grow up, good mothers continue to reflect for their children, telling kids who they are and how the world sees them. Spiritual mothers can do the same, pointing out potential they may not see in themselves, helping them identify their spiritual gifts, and identifying habits they need to change.

Share wisdom—Mothers teach their children, both intentionally and unintentionally, formally and informally. Spiritual mothers have both knowledge and wisdom to give, and they can help younger believers see things from a completely different perspective.

Impart vision—Mothers help their children see what’s possible and envision their own success in the future. Spiritual mothers help people develop vision too, particularly for how God can use them and what it might mean for them to take steps of faith.

Teach them how to walk—Speaking of taking steps, mothers help their children learn to walk—and cheer them on as they run. Spiritual mothers walk alongside as younger people take tentative steps of faith, struggle to maintain balance, and try again after falling. And they celebrate when their “spiritual children” sprint ahead.

Model how to talk—Mothers model speech for their children, who learn to speak the language that surrounds them. That gift of language becomes the chief tool children use to make sense of their experiences, learn, remember, and connect with the world around them. Spiritual mothers offer this kind of modeling too, helping to shape the words—and the thought processes—of the people they nurture.

Say yes—One of the great joys of motherhood is saying yes to children, having the ability or the means to give them what they need or want. Spiritual mothers not only can enjoy the privilege of giving people something they need; they can confirm people’s thoughts, convictions, and interpretations of Scripture. They can affirm the desires God has placed within them.

Say no—Saying yes may be fun, but every good mother also knows how to say no. Spiritual mothers, too, lovingly say no for the good of those they influence. Sometimes “no” is a correction or a challenge; sometimes it’s a much-needed confrontation. And sometimes it’s simply an assertion of boundaries.

Protect—Like their counterparts in the animal kingdom, human mothers have a powerful instinct to keep their children safe. And they can be just as dangerous in the face of a threat to their offspring. Spiritual mothers also want to protect younger Christians, and they do so by praying for them, warning them of spiritual danger, and encouraging them to live with integrity.

Let go—Mothers who cling tightly to their children will eventually hold them back; when the process of letting go doesn’t happen gradually, it will be forced upon them. And while complete physical independence may not come until adulthood, emotionally the process begins in toddlerhood. Spiritual mothers can influence and nurture younger people without trying to control them. Our leadership is good only if we let others be responsible for themselves.

Which of these skills do you need to develop? And who might benefit from your nurture and guidance? Even if you feel you need spiritual parents of your own, you may be the person whose influence someone else needs. Even if you’ve never thought of yourself as a mother, God may be calling you to that role in the life of someone who needs to grow. Through this kind of relationship, we affirm the psalmist’s call: “Let each generation tell its children of your mighty acts; let them proclaim your power” (Psalm 145:4).

Amy Simpson is an inner strength coach, a popular speaker, and the award-winning author of Troubled Minds: Mental Illness and the Church’s Mission and Anxious: Choosing Faith in a World of Worry (both InterVarsity Press). You can find her at AmySimpsonOnline.com, on Facebook, on LinkedIn, and on Twitter @aresimpson.

How to Be a Spiritual Mother

END_OF_DOCUMENT_TOKEN_TO_BE_REPLACED

Are You Living Your Calling?
END_OF_DOCUMENT_TOKEN_TO_BE_REPLACED