My Depression Is Not Wasted 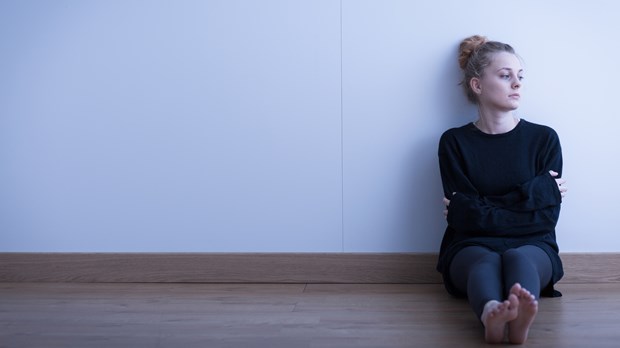 Editor’s Note: As Mental Health Awareness Month comes to a close, we’re catching up with Gillian Marchenko to hear what she’s learned about ministering with depression. Whether or not you’ve experienced mental health issues, I know you’ll gain wisdom from her hard-won experiences. And if you do struggle, know there is hope. —Amy Jackson

In her memoir, Marchenko comes face to face with the severity of her depression and the toll it takes on her and her family. Her depression can be debilitating—at one point, she stayed in bed for weeks. In such instances, her husband Sergei, a pastor, functions as a single parent caring for her and their four girls (her youngest two have disabilities). Life becomes overwhelming.

Daily, Marchenko fights tooth and nail to keep her depression at bay and from ruling over her and her family. She will not let depression define her. No, she most certainly is not her depression—she is a child of God. So she clings to her identity as God’s child and all that a child-of-God identity entails. Love for her family, medication, therapy, healthy habits, and her faith in God—even when it is that of a mustard seed—keep her going. Even with chronic, and at times very severe depression, there’s still life (thus the title of her book). Ultimately, Marchenko’s book is a realistic and hope-filled account that doesn’t dish out easy answers. Her brutally honest self-examination coupled with her non-gratuitous exploration of how she and her family struggle to live well with her depression are what make this book stand out.

I recently caught up with Marchenko. She ministers on a local and national level in a variety of ways while actively battling a mental illness, and I wanted to ask her about depression as it relates to ministry.

Marlena Graves: In Still Life you come to terms with the reality of a lifelong battle against depression. How are you doing right now?

Gillian Marchenko: It depends on the day. Over all I think I am moving toward health, but major depressive disorder isn't something, at least in my experience, that goes away. Even with medication, therapy, a support system, and faith, depression comes and goes as he wants. The difference is he doesn't stay as long (as opposed to weeks or months at a time a few years ago). Sometimes I can kick him in the teeth to ward off an episode because of the tools I've acquired and the strength God provides.

My Depression Is Not Wasted

END_OF_DOCUMENT_TOKEN_TO_BE_REPLACED

Women of the Bible
END_OF_DOCUMENT_TOKEN_TO_BE_REPLACED