Trusting God When the Future Is Unknown

Will we enter God’s Promised Land for us in full faith?
Read as Single PagePage 1 of 2 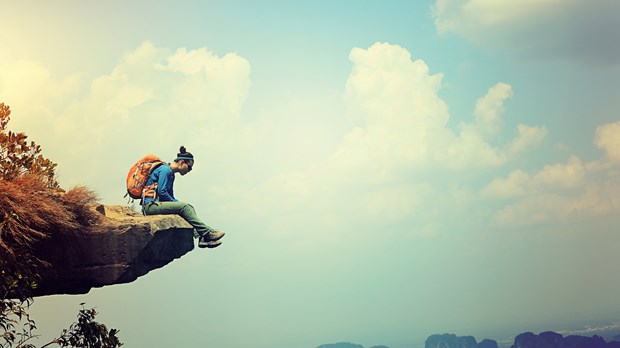 The Israelite spies stood at the edge of their promise. They could see the journey ahead of them. They were chosen to inherit a land that was promised to them. And now 12 men—one from each tribe of Israel—were selected to check out the land and return with a report (Numbers 13). These men had undoubtedly witnessed miracles. The parting of the Red Sea, manna falling from heaven, deliverance from slavery—they had witnessed firsthand the certainty of God’s provision. But instead of feeling excitement that they would finally inherit the promise God had given them, they were filled with terror, paralyzed by what was before them.

The spies came back from their reconnaissance mission with two things: fruit and fear. In their hands were symbols of the goodness of the land that was promised to them. But in their hearts was the impossibility of fortified walls, giants, and intimidating opponents. Waves of doubt covered God’s children and clouded their memory of all the Lord had done for them since they left Egypt.

Although they were double-fisting—fruit in one hand and fear in the other—I couldn’t begin to pass judgment here. I feel you, dear Israelites! Even now, after all I’ve seen, I hate to admit that I sometimes hold the fruit of the faithfulness of God while simultaneously gripping the fear he might not act again.

Only 2 of the 12 spies, Joshua and Caleb, believed they could take the land. They trusted it was theirs to inherit. They knew God was with them and had faith in his promises. And just maybe, although this is purely my own speculation, they didn’t want to return to wandering in the desert. Ultimately, however, the other ten spies filled the Israelites with enough fear that they dissuaded the people from moving forward into the Promised Land. The Israelites’ spirit of doubt was bigger than their trust in the deliverance they were promised. Their fear was bigger than their faith, and that decision cost them.

Because of their lack of faith 40 years before, they were banished from the Promised Land and sentenced to years of wandering. But now the Israelites stood at the edge of their promise once again. After almost 500 years of Egyptian captivity and over 40 years of wandering in the desert, the children of God stood at the edge of freedom behind Moses’ successor, Joshua. He stood on a precipice, in the same place he’d stood years before after the spies’ initial exploratory expedition into the Promised Land. Joshua knew the truth—the Israelites had been released from captivity and slavery, but they had not received their promise. They had not received their whole freedom, not yet.

Trusting God When the Future Is Unknown

END_OF_DOCUMENT_TOKEN_TO_BE_REPLACED

Does the Bible Really Say I Can’t Teach Men?How Should the Church Handle Adultery? Take Time for Breath PrayerThe Strong Power in Every Woman