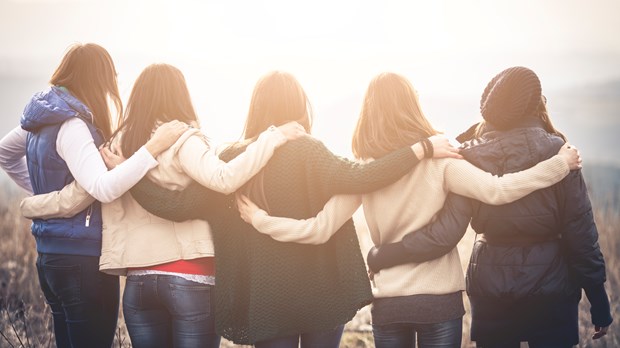 My first foray into ministry as vocation wasn’t with a church, but rather as a guest preacher and worship leader, filling the pulpit or leading worship for pastors who were away for a week. I referred to myself as the lone ranger. I’m not really a fan of the masked man; it just felt like most days I was going it alone, and it was lonely. Regardless of gender, this sort of work can be isolating. As a woman offering pulpit supply, however, it was even more so. I didn’t know any other women doing what I was doing. I would travel and preach a sermon or lead worship, or sometimes do both. Afterward, I would engage people in mostly surface conversations before returning home. Although the people I met felt connected to me, they didn’t really know me, and I certainly didn’t know them.

For a while, the lone ranger title felt like a badge of honor: I’m the only woman out here doing this. And then, one day, those words weighed heavy on my soul: What ifI’m really the only woman out here doing this? All of a sudden, it didn’t feel like an honorable thing to be alone. I needed to know others who followed the same path—and not just other men. I needed to find some women. That’s when I entered seminary.

In seminary, I met other women who were pursuing similar goals. Most of the time, we were friendly and supportive of one another. But there were also times where I sensed tension. I overheard whispers and hallway conversations in low tones about women who were discouraged over not finding a place to serve. Graduation was around the corner for a handful of these women, and most still had not been offered a ministry role. These women were competing against one another because only a few churches in the area would seriously consider a woman for the ministry roles they were seeking. “There aren’t enough jobs to go around for the women graduating,” many worried aloud.

I began to worry, too. What if there were too many talented women and not enough opportunities in the churches in my area? What if I put years into seminary-level study, but never landed a role in the church?

The scarcity mindset can quickly take root in a woman’s heart. Scarcity tells women that there aren’t enough jobs, not enough pulpits open, no other women with which they can walk this road. Scarcity says, “You’re all alone out there.” In the next breath, scarcity points at other women and whispers, “There’s your competition.” When women start to listen to this voice and adopt this mindset, they view other women as competition instead of comrades on the ministry road.