It was an inconvenient time to begin feeling called to co-pastor with my husband.
Read in Multiple Pages 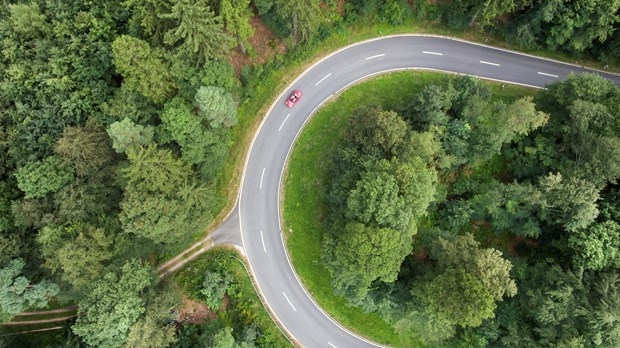 There I sat. The good, supportive wife, watching my husband become the senior pastor of a rural church in Missouri. As various church members stepped forward to hand him symbolic items—a bowl and towel for servanthood, a Bible for the ministry of the Word, a chalice for the administration of the sacraments—I wept. Sobbed would be more honest. And they were not tears of joy, shed by a loving and faithful pastor’s wife. They were tears of anguish, regret, and anger. I knew in that moment: I should be up there with him.

But this had been the plan! I would attend seminary while he jumped into a local pastorate. It fit our personalities—me and my love for formal education and him with his love of learning by doing. I would focus on school, and he would focus on pastoring. It made sense, didn’t it? So why did this all feel so very wrong? Why did my heart feel like it was being ripped from chest? Why did I want to stand up in the middle of that sacred moment and scream, “Me too! Don’t forget me!”

It took that painful, horrifying moment to awaken me to what in retrospect should have been blindingly obvious: I belonged up there, next to him, receiving the mantle of the pastorate alongside him.

It was a long car ride home that night. My husband, bless him, was so excited, so passionate about his new role. He was eager and ready to embrace his flock with gusto. I was less then enthused. I was critical, irritable, and generally mean the entire ride home. I complained about the construction along the way, “Well, that will make my drive to seminary even longer now. Awesome.” I went on and on about gas prices, and how much the commute would cost us. In sum, I was extremely pleasant.

Understandably, my husband was frustrated and angry by my attitude. This had been the plan after all. Why, then, was I feeling so put out? Why was I so angry and resentful?

My call to ministry did not begin as a call to the pastorate, and certainly not to the pulpit. I initially felt my call to full-time Christian service as a call to be a missionary. Looking back now, while I certainly had certain gifts and graces for cross-cultural ministry, my leaning into that particular role was largely influenced by what I had seen. Women were missionaries. Women were children’s pastors or occasionally associate pastors. But women were not senior pastors. Women were not preachers. I had no imagination to see myself in a role of that nature.

I pursued undergraduate theological education and, following graduation, boarded an airplane with my new husband to serve as a volunteer missionary for our church. After a year overseas, we came home to pursue my masters of divinity with the intention of going back overseas as quickly as possible. My husband’s acceptance of the pastorate in rural Missouri was supposed to be a step along the way, a ministry job to sharpen our skills and keep us with enough money to buy groceries. His role as pastor should have been an emotionally neutral thing for me.

But when my husband stood up there, accepting all those pastoral symbols, my heart suddenly knew. Like the first ray of sunshine hitting your eye, painfully blinding you for an instant, the possibility flashed in my mind, equally painful. My imagination burst open and I saw myself as pastor. What a seriously inconvenient time. Couldn’t I have had that revelation a month or two prior, maybe before the interview process? No, it had to be in the middle of that sacred moment between my husband and his new congregation.

It took a while for me to be able to articulate to my husband what I had experienced during the service. Once I was able to peel back the snarky comments about roadwork and quiet my critical spirit to reveal my woundedness to him and my ache to stand alongside him as co-pastor, we were able to find a way forward. For several months, we wrestled with the situation. It quickly became clear that we needed to transition to a co-pastorate. In the meantime, I felt increasingly forgotten and small. I chafed under the title of pastor’s wife. It wasn’t the role itself—my mom was a pastor’s wife, and an incredible one at that—but that was not my calling. What should have been a neutral, descriptive term felt like a stinging insult.

We sought counsel from our church superior and considered our options. I could easily come on as a staff pastor, but that didn’t ring true to my calling and would have bred further tension. Because we did not start the assignment as co-pastors, however, becoming co-pastors now would require jumping through several administrative hoops.

Fear bubbled up in my heart. Anxiety settled in like an annoying, unannounced houseguest who can’t take a hint. The church leadership team would have to vote. If they said “yes,” the entire congregation would then vote. What would they say? Could they see me as pastor?

We prepared our words for the meeting, foolishly I see now, making a case for approving me as co-pastor. “It’s a great deal, really! You’ll get two for the price of one!” In our fear and self-consciousness, we based our arguments on the practical benefits of the co-pastorate, not on the vision God had placed in my heart. Even though I could not have painted a detailed picture of what our co-pastorate would look like, I should have shared the tiny seed that God had planted in my heart, the seed that I foresaw growing into a ministry of two very different, but equally-called ministers of the gospel who could use their varied gifts and graces to edify the church and connect to a wider range of people, both inside and outside the church.

The transition for our congregation was not automatic. Many referred to me as the pastor’s wife for months to come. Others saw me as a staff pastor. It was only when I began preaching regularly after I finished seminary that my congregation got used to seeing a dress behind the pulpit and I truly became pastor in their minds. My persistent and faithful pastoral care over six years made me pastor in their hearts.

It would be disingenuous to say that I don’t regret how we began our co-pastoring ministry. I wish we had done it differently. We should have started our ministry as co-pastors from the very beginning. In many ways, my unusual route to the pastorate forced me to earn the shepherd’s staff my husband was handed freely. But it’s all grace. It is all grace upon grace. I found my place—albeit in a roundabout way—and settled in.

We are eight years into co-pastoring, now in a different setting. I think back to that moment in the church pew, me ugly-crying as my husband became a pastor. It seems rather pitiful now from my current viewpoint. If only I could have known in that moment what could be, what would be, if I followed the Spirit’s prompting in my heart.

Now I am grateful for that painful awakening. It gave me the conviction I needed to step into a role I never imagined for myself. It has given me the compassion and empathy to journey alongside others who struggle to see themselves in the vocation to which they are called. So thanks be to God for angry tears shed that led my heart and feet to the pastorate.