Women in ministry are often held to two extremes at once.
Read as Single PagePage 1 of 3 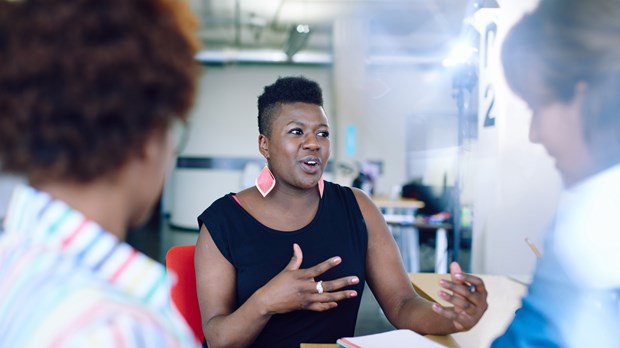 I went to a liberal arts college for my bachelor’s degree, and while it was a great experience in many ways, I can’t count how many classes I attended where the professor asked, “Is anyone here a Christian?” Nine times out of ten I’d be the only person who’d raise their hand. I began to dread that question because my opinions or explanations were then demanded by classmates or professors:

“How could you Christians –?”

“Why do Christians think –?”

It was incredibly frustrating. Because I was the token Christian, I became the example of all Christians everywhere. Imagine the incredible and unrealistic pressure of being the person called upon to represent the entirety of Christianity to a class of college students.

When I transitioned into bi-vocational ministry, I expected to experience this again with non-Christian friends and colleagues. But actually, I’ve felt this pressure mostly from Christians, especially regarding my gender. Two of the most common things I hear about being a woman in ministry are at opposite ends of the spectrum—and equally frustrating:

“Wow! That sounds hard. What does your husband think?”

“I love what you’re doing. You’re a great example to all women.”

There are nuances to these views, but I’ve heard renditions of these comments at least weekly for the last 15 years. I’m viewed either as an ungodly pariah or a saintly paragon. Of the two, though, I’d rather be considered a pariah. Being labeled a paragon has given me the most trouble.

I can’t count the number of times my accomplishments have been reflected on the whole of the female world. Someone will kindly say something like, “You’re a great model for all little girls.” All little girls? Don’t get me wrong—I know it’s meant well. I’ve lived my life trying to be faithful to my calling in different seasons: campus minister, seminary student, volunteer chaplain, small-group director, community engagement coordinator, as well as daughter, sister, wife, and mother. But to be a paragon is to be a perfect example, and while it’s meant well, it leaves me hollow.

Think of the implications for an individual required to represent a whole gender. Or ask our brothers and sisters of color what it’s like to stand in for entire races, nationalities, and ethnic groups. It flattens our complex human experiences and increases the pressure to succeed because we no longer stand for ourselves, but for everyone “like us.” Worse, there’s little space for grace when you’re considered perfect. That can leave us frozen, afraid of failure. After all, if our successes are reflected on all women, then why not our failures as well?