Mean Girls in the Church 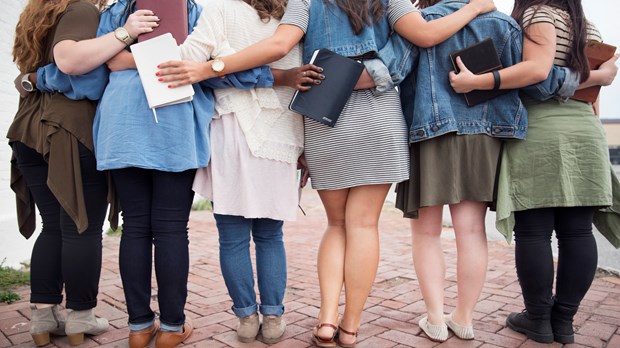 Several years ago I endeavored to write a Bible study on the Sermon on the Mount for several hundred women. The Bible study was a labor of love, passion, and joy. When the books arrived for us to distribute to our three hundred or so women, it felt like Christmas morning. Almost all of the women were just as excited as I was because many were on the editing and writing journey with me. But one woman in particular thought it was deplorable that I would even consider writing a Bible study. I was dumbfounded by her anger, and yet she raked me over the coals with email after email for writing a Bible study. To her it was arrogant, and I was way too young to do such a thing. Although my predecessors were authors and had written their own Bible studies, to this woman thirty-four was way too young to pen a Bible study, and I was perceived as arrogant.

Being a woman in ministry, I would think that my biggest advocates most often would be women and my biggest naysayers most often would be men. However, this is not always the case. Nancy Beach is sadly right: “Just as adolescents can be mean girls, grown-ups can turn into mean women who subtly—or not so subtly—undermine, judge, and criticize the choices of other women they worship next to on Sunday mornings.” Jamie Ostrov, a professor, psychologist, and researcher, discovered that triangulation behavior begins as early as age three: “Aggressive behavior in girls from ages 3 to 5 tends to be more direct, but by early adolescence it starts becoming more covert,” Ostrov says. He notes that girls who are victims of this behavior are more likely to demonstrate symptoms like depression, anxiety, and academic problems.

Sadly, all too often this “mean girls” behavior still exists within the bride of Christ. More often than not, some of the most hurtful and painful things said to me as a woman in ministry have been from women. Women are all too often the most critical of one another rather than cheering one another on. If women continue to push, shove, criticize, and fight for seats at the table, perhaps there will always only be one seat at the table.

When I began serving as a staff pastor at a church in Oak Brook, Illinois, there was a young, tenacious, and gifted female pastor on staff, Tracey Bianchi. Tracey was a well-known and gifted author, speaker, preacher, and pastor. She has stood on the main stage of several Christian conferences, yet you would never know it when meeting her. She is generous, present, gracious, and kind with every person she meets. When I came on staff, I filled her old position because she was moving into a teaching and worship position in the church. Before coming on board, Tracey was the only female teaching pastor, but with me, there were now two of us. Tracey could have very well sized me up and seen me as a threat, but instead Tracey was my biggest cheerleader while I was on staff there. There were many times when we prayed together, cried together, commiserated together, and hoped for the fullness of the kingdom together. Whenever I had a new writing opportunity, Tracey flooded me with encouragement, and if I was preaching, she would check in with me, send me texts of encouragement, and be the first to cheer me on. Tracey emboldens women.

Mean Girls in the Church

END_OF_DOCUMENT_TOKEN_TO_BE_REPLACED

Are You Living Your Calling?
END_OF_DOCUMENT_TOKEN_TO_BE_REPLACED