Poured Out for the Church

Releasing the desire to be right, even when you’ve been wronged
Read as Single PagePage 1 of 4 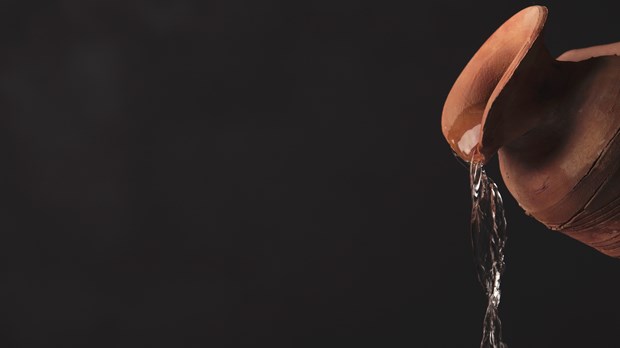 It’s one of those days that becomes etched in your memory―completely against your will. Try as I might to focus on the chubby legs of my two-year-old toddler scurrying around my ankles as we navigated the petting zoo, my mind was racing. My breath felt short and my heart beat erratically.

I felt the need to scratch a nagging itch―an odd sensation―relentlessly screaming at me, “Check your email!” Against my better judgment, finally, I gave in and scratched. There it was―two sentences from our church treasurer informing me of a meeting to be held with the church board the next day. It was one of those emails that says everything you need to know in everything it does not say.

Within 24 hours, it would become clear a shift had taken place. My fellow co-pastor and I had refused to submit to power players in the congregation. Instead, we persisted in a different―more faithful, we felt―direction for the church. The issue at hand―finances―though truly dire, was but a Trojan horse. Deliberate accusations of poorly managed finances coupled with subtle implications of possible indiscretions were arrows aimed at the heart of our integrity, intent on discrediting us as pastors capable of leading the congregation rightly.

It is not a unique story. Many, if not most, pastors could share a similar story of deep wounds inflicted upon them by a congregation, leadership team, or even a single, cantankerous church member. The issues might vary, but the wounds hurt nonetheless.

The temptation to slip into bitterness is so very real―even alluring at times. There is a sick sweetness to be found in reveling in one’s inflicted wounds and perceived righteous victimhood. However, bitterness begets cynicism and a hardened spirit―a spirit that loses its sensitivity to the voice of the Shepherd.

Forgiveness is the path―we know it is. We preach it week after week, the hallmark of Christian faith and practice. Forgiving 70 times 7. Forgiving even when the offender is not remorseful or apologetic. Forgiving as Christ has forgiven us.

Even as we forgive―forgiving again every time we remember a transgression―another temptation persists: the temptation to embrace victimhood, the temptation to isolate one’s self and assume a self-protective posture. We may have forgiven, but we remain victims.

What if there were another way? A way marked by forgiveness, yes, but not a self-pitying forgiveness that leaves us licking our wounds, but rather one that beckons us forward into deeper conformity to Jesus?

Poured Out for the Church

END_OF_DOCUMENT_TOKEN_TO_BE_REPLACED

Women of the Bible
END_OF_DOCUMENT_TOKEN_TO_BE_REPLACED