Lead in a Way Only You Can

Many have tried to box us in or tell us who we should be, but we are kingdom women, and we are diverse.
Read as Single PagePage 1 of 2 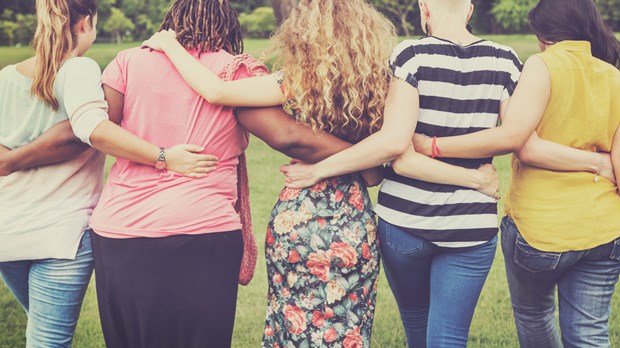 Knowing that our roles within the body of Christ are divinely inspired, women who lead, teach, preach, and use their gifts within the kingdom should look like a divine rainbow of diversity. Some might very well have an inspired imagination to teach, preach, and lead fearlessly like Deborah. Others might lead maternally. For me, both are true. Breaking through gender molds doesn’t mean we have to throw away how we might be as women. The truth is, we are women, and that is what we embrace, not stereotypes.

After I preached a sermon not too long ago, someone came up to me and said, “You are so amazing when you preach, and you are so anointed! When you preach, I don’t even see you as a woman!” I have no doubt this individual meant well when he said this, but I was left feeling rather perplexed; would it be a bad thing, then, if he saw me as a woman when I preached? I, for one, am glad I’m a woman who preaches, and I’m not ashamed to let that shine. In fact, it shines in all sorts of ways.

We aren’t genderless, and there is something so mysterious about the gender identity that I so often have a difficult time wrapping my brain around. My gender identity, no doubt, is biological, it is shaped by culture, and it is part of God’s paintbrush in creation. With that being said, there are times when I think I lead differently from anything I have observed from my male counterparts. Often, when I am sitting with one of our staff pastors going through a difficult time, something within me lights up that might look a little maternal. In all seriousness, I sometimes want to tell them to get comfy on the couch while I make them hot soup and warm chocolate chip cookies, and then we can cry together about their bad day!

While I’ve never done that, I’ve learned to embrace the mysterious maternal nature deeply imbedded in the way I lead. I’ve never seen my male counterparts sit and cry with a staff member when they’ve had a bad day, but I’ve learned to embrace that this is how I sometimes lead. My sermon illustrations are often laced with maternal imagery, and I’ve learned to embrace the fact that my preaching leans in that direction. My leadership style tends to be less direct and more collaborative, and that is okay. Breaking gender molds, you see, doesn’t mean we move from leading one way to another; rather it means we are free to lead in the only way that we can lead. Be you, dear sister.

Lead in a Way Only You Can