Relationships between female leaders are often marked by competition and contempt. It doesn't have to be this way.
Read in Multiple Pages 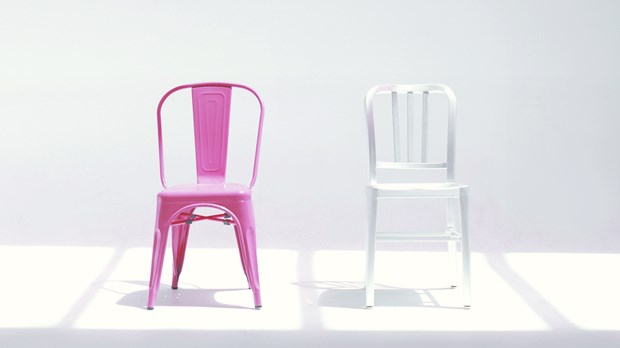 Editor’s Note: This article is part of “Change Makers,” our recent CT special issue focused on some of the ways women are influencing the church, their communities, and the world. It includes articles that explore trends in women’s discipleship, examine research on women and leadership, highlight women who are making a difference, and grapple with the unique challenges female leaders face. Click here to download your own free digital copy of “Change Makers.”

When I was in elementary school, my girlfriends and I were confident, smart, creative, and ambitious. Every day at lunch we sat together writing plays that we put on during recess. One of us cast the various parts, one directed, one took the lead role, and one rounded up an audience. My little third-grade heart beat with delight to have this circle of friends where we all belonged, contributed, and mattered. But by fifth grade, that experience was only a memory. Girls—and later women—went from being my trusted allies to my secret foes.

Years ago when I was a new ministry director, I asked to join a small group of women leaders in my church for mentorship and support. The woman in charge, whom I considered a friend, said she had concerns about my character and intent. She reluctantly let me into the group only after a mutual friend advocated for my inclusion, but emails about when the group was meeting always seemed to get lost in cyberspace. When I did attend, it was clear that I was joining discussions that were already in progress.

I was confused and hurt. Wanting to uphold the image of sisterhood and solidarity, though, I kept those experiences secret and silently seethed. As women in ministry, we don’t want to admit that contempt and competition often simmer below the surface of our female relationships, but it’s quite common. Author Susan Shapiro Barash interviewed 500 women from a cross-section of ages, classes, ethnicities, and religions. Of those surveyed, 90 percent said their primary rivalry at work is with women, not men. In fact, multiple studies have shown that women attack, undermine, and dismiss each other with great sophistication and tenacity. According to Joyce Benenson, professor of psychology at Emmanuel College, women compete with other women in three distinct ways:

1. Women rely on verbal assaults, often from the safety of a group. These attacks can be subtle or secret—like backhanded compliments and behind-the-back condemnations.

2. Women invoke critiques around appearance, motherhood, ambition, marriage, and age to bring women down and make sure no one gets too far ahead.

3. Women use the threat of exclusion or excommunication. If you become too desirable or influential, you will be sent away as dangerous or ostracized before you can belong.

As Christian women, we are expected to be kind, nurturing, and collaborative, so we learn to behave in ways that hide or deny our competitive feelings. We learn to play dirty and be sneaky. Psychology researcher Tracy Vaillancourt calls this “indirect aggression.” Though it’s more covert than traditional masculine competitive behavior, it’s every bit as damaging. Why does competition—rife with envy, fear, jealousy, and contempt—mark so many of our relationships with other women in ministry?

One significant reason, though it sounds cliché, is that women are judged by their physical appearance—even by other women. In Barash’s survey, 80 percent said their envy of other women was over physical appearance. This can be seen in an oft-cited 2013 study from Vaillancourt where researchers tracked women’s responses to a female assistant in a meeting. The assistant was unanimously condemned when she wore attractive, alluring clothing and was ignored or dismissed when she dressed in regular attire. The researchers found that she was judged and condemned when she was perceived as a rival in sexuality and attractiveness.

Competition is also fueled by the lack of leadership opportunities in the church where formal positions available to women are limited. I have a friend who is a smart, strategic leader. She was asked to hold a seat on the governing board of a church, and I admit my first thought was, Why her? Why not me? I knew there was only room for one woman on that board.

If a woman does have position and power in ministry, many expect that she will naturally mentor and include other women, but there are studies that show why this may not be the case. Research of women in male-dominated environments has shown that once women reach a higher level of success, they actually distance themselves from female coworkers, are less supportive of other women, and can even show a negative bias toward other women. A 2016 study done by Stefanie Johnson and David Hekman found clear evidence that women who advocate for other women and promote diversity are perceived as incompetent and ineffective and can put their current and future jobs in jeopardy. After working so hard to get to a place of influence in ministry, why would a “queen bee” risk being dethroned?

Besides being afraid to lose her position, a woman who has risen to places of significance can also feel entitled. She has fought and suffered to get to her position. She deserves it! When those who are coming up behind her seem to step into leadership and influence with greater ease and opportunity, resentment can arise. I will admit that when I see eager, fresh, talented, beautiful women up on stage, writing books, blogging, and working from home, something within me gets activated. Being an introverted woman of color in ministry for almost 30 years has been a long, hard road. It is difficult not to let jealousy and resentment creep in. It turns out it’s not just me. Researchers from Northwestern University recently conducted a study entitled, “When Having ‘Been There’ Doesn’t Mean I Care.” They found that people who had endured a distressing event showed less compassion toward others who were facing a similar event, thinking, “It isn’t that bad. I got through it. You can get through it, too.”

Female rivalry is also fueled by our own insecurities. When we lack a belief in our own unique gifts, when we don’t have confidence in our innate talent, and when we doubt the calling on our lives, we can become competitive. The fear of being exposed makes us defensive and protective. I knew a female leader who was aggressive, hard-driving, and high-producing. To be clear, none of those qualities are inherently bad, but they were inflated by her insecurity. One day, I found her crying in the bathroom after an event we’d worked on went poorly, and we had an honest connection about our frustration with how things had turned out. The next day when we debriefed with other leaders, however, she criticized me and my team, blaming my team for the poor results. It seems she thought I would step on her when she was down, so she stomped first. Afraid of being exposed, she saw me as a threat rather than as a friend or partner.

A Community of Being

Despite the prevalence of competition between women in ministry, I rarely have honest, vulnerable conversations with other women leaders about it. My heart longs for a circle of female friends like I had in third grade that isn’t marked by competition. I think that’s because God made us to reflect perichoresis, a Greek theological term that describes the triune relationship between God, Jesus, and the Holy Spirit. Often symbolized by three intersecting circles, perichoresis depicts a reciprocal, intersecting, collaborative, equal, and intimate relationship. Christian theologian Alister McGrath writes in Christian Theology: An Introduction that it “allows the individuality of the persons to be maintained, while insisting that each person shares in the life of the other two. An image often used to express this idea is that of a ‘community of being.’ ”

That circle of third-grade girls was truly a “community of being” where we each brought who we were—our passion, our vision, our talents—without fear that we were too much or not enough. We put our minds together to create something bigger than ourselves and then grasped hands as we ran to the playground to share our collaboration with the world. Sometimes, at the end of a long day of ministry, when I am exhausted from trying to prove my worth, when I am desperate from insecurity, or when I am isolated because of my defensiveness, I wonder how I might do my part in bringing that third-grade reality to my current ministry teams. In the past few months, my desire for a circle of female friends in ministry has grown, and I have been more intentional about combating rivalry. Competition has not disappeared, but it has lost some of its power.

7 Ways to Combat Competition in Your Own Heart

2. Name your hurts. Instead of seething in secret, be honest about how you feel diminished or excluded. Talk through your anger, hopelessness, or sorrow.

3. Own your desires and dreams. Instead of disregarding your hopes or demanding opportunities, pursue your passions with gracious honesty.

4. Wrestle with God. We all have fears and doubts concerning provision, justice, identity, value, and belonging. Don’t take matters into your own hands through competition; bring your questions to God.

5. Create community. It’s not a coincidence that my third-grade group bonded over lunch and at recess. Take time to eat and play with the women you work with.

6. Collaborate. You can uniquely contribute and invite the unique contributions of others. Don’t give into the misconception that mutual reciprocity dilutes your impact; collaboration empowers.

Jen Oyama Murphy is a former small-group director and support and recovery ministry director. She loves working as a lay counselor and bringing care into stories of shame and harm. Jen writes regularly for WomenLeaders.com.

If you enjoyed this article, you’ll love the rest of the CT special issue “Change Makers.” Get your free copy now.