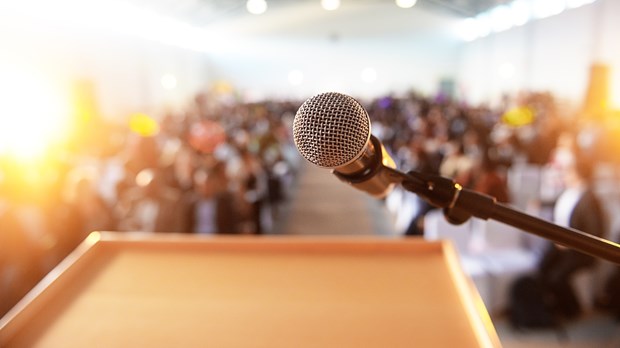 A few years ago I had a chance to watch a movie entitled, Blood Done Sign My Name. In this movie, viewers get to know two leaders who are faced with civil unrest during the Civil Rights Era. In one scene a young white pastor is having a discussion with his predecessor over how, or if, the church should get involved in the Civil Rights Movement. His predecessor tells him to decide what type of pastor he wants to be—the priest or the prophet. He goes on to explain that the priestly pastor tells people what they want to hear and a prophetic pastor tells people what they need to hear.

We need priestly leaders to encourage and love people. We also need prophetic leaders who will speak about hard topics and challenge the conscious of the people. I wonder if the church has lost some of its prophetic leaders. Martin Luther King, Jr. once stated, “There was a time when the church was very powerful. … In those days the church was not merely a thermometer that recorded the ideas and principles of popular opinion; it was the thermostat that transformed the mores of society.”

Time to Speak Up

Many times church leaders are afraid to speak out for fear of offending someone. We are afraid of being ostracized or accused of being divisive. We want people to like us. We don't want to lose members. We want the church to be a safe place without conflict and strife. These are understandable desires.

But sometimes we need to speak up. We recently saw this in the wake of Charlottesville, with many leaders, from Kay Warren to Beth Moore, spoke out against the hate displayed. It even made it on popular television when a pastor who is a descendent of Robert E. Lee condemned racism at the Video Music Awards on MTV, stating, "As a pastor, it is my moral duty to speak out against racism, America’s original sin." He admitted, “I wish I could say it was easy to speak up and speak out in God’s name. But it wasn’t.” It truly can be difficult to speak up, and I’m thankful that these leaders—and so many more—are stepping out to address injustices.

On the other hand, I understand why faith leaders are hesitant. I often question when or how much to speak up because I don't want to offend my white friends. I don't want my words to be taken the wrong way. I would love to remain in my comfort zone.

Nevertheless, when I weigh the cost, I can only come to one conclusion—it's worth the risk. When I speak out, it causes my friends to see the validity of the issue. They know me. They trust me. When I can tell them my experience and ask them to feel my pain and lament with me, it takes the issue from simply being a concept to being a real issue that affects real lives. And that’s when the conversation can lead to change.

END_OF_DOCUMENT_TOKEN_TO_BE_REPLACED

Women of the Bible
END_OF_DOCUMENT_TOKEN_TO_BE_REPLACED