Every woman knows how to minimize herself, and we need to put a stop to it—here’s how.
Read as Single PagePage 1 of 4 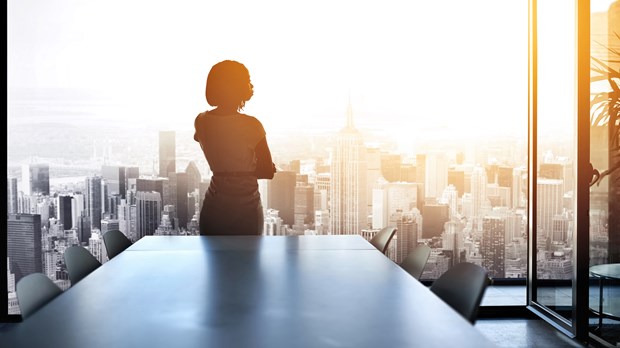 “I am not a woman, so I don’t have bad days,” Russian President Vladimir Putin recently said in an interview. Like you, I read that statement and balk. What right does he have to make such blanket statements about an entire gender, let alone debilitate women to mere stereotype?

Nevertheless, an interesting phenomenon happens when I enter church territory―I step into minimalist views of myself because of my sex. According to a 2015 Huffington Post article, it is something every single woman does, or has done, without realizing it.

“We have all learned,” writer Gretchen Kelly states, “either by instinct or by trial and error, how to minimize a situation that makes us uncomfortable.” She goes on to say that all women have learned how to avoid angering others, how to ignore offensive comments and inappropriate come-ons, and how to swallow our anger when someone belittles us. I often adhere to a “pick and choose your battles” approach to life, not needing to fight or drum up tension for each and every little―or not so little―slight I encounter. We choose not to fight those battles we find ourselves facing on a daily basis, and by doing so, ultimately minimize who we are as image bearers. For many women who serve in leadership positions in the church, however, there comes a point at which we don’t―we can’t―negate the God-given image present in every single one of us.

Whether we ascribe to a complementarian or an egalitarian viewpoint, a progressive or conservative political stance, a high or a low view of ecclesiastical authority, we must push secondary beliefs to the side in order to adhere to the highest belief―Jesus believes women more than capable and worthy of equality. The instances of which Kelly speaks are not limited to the corporate workplace or public sphere―they happen just as often within the walls of ministry. Therefore, we must not disregard her assertions simply because they are not under biblical authority. Instead, we must come to a bottom-line understanding for how we, as women leaders in the church, can move forward in conversation around this tendency to minimize who we are.

The Choice to Minimize

Years ago, after serving as the director of a non-profit outreach organization as a single woman, I found myself delighted to attend the national convention with my husband. I could finally introduce him to the world I had been entrenched in, as well as to the numerous people I had encountered along the way. My excitement waned when acquaintance after acquaintance assumed him the staff person and me the staff spouse―simply and solely because he was a man.

END_OF_DOCUMENT_TOKEN_TO_BE_REPLACED

Women of the Bible
END_OF_DOCUMENT_TOKEN_TO_BE_REPLACED