Pastoring the Victims of #MeToo 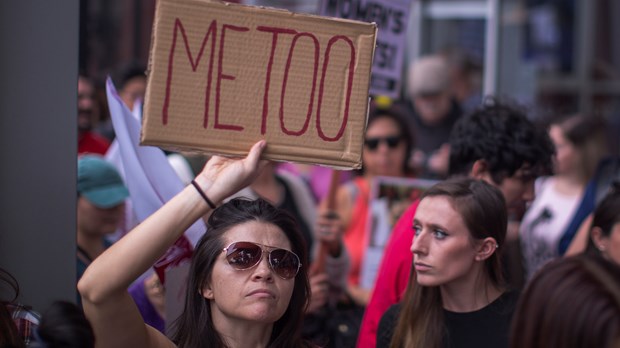 In the 24 hours after #MeToo first appeared on Twitter, more than 4.7 million women (and some men) engaged with the thread. Many were admitting for the first time that they had been victims of rape, sexual abuse, or sexual harassment. Any of these individuals who desire healing and closure will need infinitely more than what the camaraderie of a trending hashtag can provide. They will need time, empathy, support, and strategic care. As leaders in the church, we should be asking, Is my church ready to provide what these victims need?

Though the most recent round of #MeToo was initiated by actresses in response to allegations against Hollywood producer Harvey Weinstein, activist Tarana Burke started the Me Too movement back in 2006. Sexual abuse and the mistreatment of women and minors might be epidemic in the entertainment industry, but misogynistic practices exist in every profession and every segment of our society—including the church.

A study done by the Harvard Graduate School of Education reports that 87 percent of women between the ages of 18 and 25 have experienced some form of sexual harassment or assault. And more than 2 million American women were victims of domestic violence across 18 states between 1998 and 2002. Experts estimate one in five women are the victims of rape or attempted rape. That means for every 100 women in your church, 20 of them have been violated. We may never have accurate figures for how often this takes place in a church setting.

Few institutions, religious or otherwise, have a clear procedure for handling or reporting sexual abuse. The church may be one of the worst offenders as we are prone to err on the side of overlooking, assuming the best, or suggesting that victims simply forgive and move on. None of these responses are adequate or helpful.

The overwhelming response to #MeToo indicates a cultural shift. Because of the inequitable power dynamic connected to abuse, and because any form of sexual abuse or harassment leaves a residue of shame, it’s common for women to second-guess themselves and wonder if the incident was their fault. Self-blame coupled with the fear of reprisal often compels women to remain silent in the face of abuse. (It’s worth noting that for almost 100 years, many black American women have courageously fought for bodily integrity against white perpetrators. Read At the Dark End of the Street for more.) As women rally to support each other and seek justice, we will, hopefully, end the code of silence that has served to protect perpetrators.

Pastoring the Victims of #MeToo

END_OF_DOCUMENT_TOKEN_TO_BE_REPLACED

Does the Bible Really Say I Can’t Teach Men?Meet Sexual Sin with Truth and GraceHow Should the Church Handle Adultery? The Strong Power in Every Woman