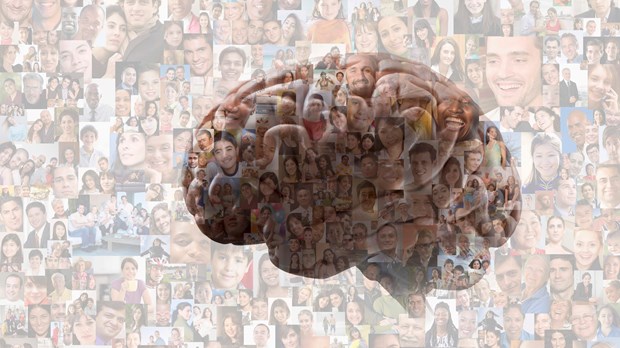 Yesterday, I think something snapped in me. I had heard a particular comment exactly the number of times my heart could take it, and I decided I’m done hearing it. For all our sakes.

I was listening to an intelligent, educated young woman—a leader in her congregation who has brought life into the world, knows how to tend it, and who also knows how to tend the life of the spirit in herself and others. She was describing a painful conversation she’d had with her senior pastor who said, “I need you to be more biblical. You’re often too emotional.”

Now, it should be said that we all can let our emotions run the show. There are times when we need to take a moment to discern how we’re handling our emotions, to decide when emotion is a sign of something significant to be heard and when it’s an overreaction in the moment which we need to set aside. Having said that, this kind of comment from a senior pastor can be incredibly destructive to the souls of women and to our recognition of what women bring as leaders.

Studies of fiber pathways in the brain show men naturally think in more centralized ways, whereas women often consider information across both rational and intuitive ways of thinking. Given the scientific evidence that the problem-solving tendency in men naturally favors logic, perception, and action, when emotional, subjective, relational information is communicated by women, it’s easy for men to say, “I’m rational. She’s emotional.” This thought process denies the possibility that the woman has anything reasonable or logical to contribute, undermining her argument or education. Consequently, in the frustration of those kinds of disparaging false dichotomies, women often become emotional, which only exacerbates the problem.

It’s tempting in these moments to react by diminishing the gifts of our brothers. What is harder—but better—is to trust that there is a place for the gifts of men and women. There are times when focus is essential: in a crisis that requires a quick decision, a setting aside of all the braying voices, and an uncompromising pressing forward. Perhaps we love this kind of decisive, quick-thinking leadership so much that we’ve excluded all other kinds. It’s powerful and impressive and takes us out of the morass of complicated situations. Sometimes the church needs that.

Since this may not be a style of leadership that has been recognized or encouraged in us, we may not yet be skilled in it. And if we’ve found ourselves in contexts which resent or dismiss this kind of knowing, we may still be smarting from the ways it’s been shamed. And since this kind of knowing may happen on an instinctual level, we can’t always explain or defend it. We may often feel overwhelmed by it. Being overwhelmed is not a trait we look for in leaders. How can we recognize these gifts in ourselves and one another? How can we help our brothers in leadership recognize these gifts in us without undermining their natural leadership gifts? How can we ask them for space to test our natural gifts?

The funny thing is that as I’ve explored these possibilities, I’ve realized it’s not only an issue for women. As I’ve taken the risk to lead from and name these parts of myself, my brothers who are artistic or emotionally intelligent have also found healing. This has opened up a wonderful possibility for me: What if this way of engaging as whole people—thinking, feeling, intuitive, embodied beings—is what we’re all called to? Perhaps our education and our culture has taken some natural gender-related leanings and amplified them, as it has with so many gender-related things, creating extreme caricatures out of two different ways of being that are supposed to be two halves of one whole. Perhaps this way of engaging as whole beings is something we all can do? Perhaps, as those who may have been encouraged more in those tendencies (even if outside of traditional education settings), women can lead the way on this kind of healing? Maybe as we invite women into leadership, and truly let them lead in their own way, we all will see new ways to lead and new ways to be human?

As I’ve been writing this article, I’ve been deeply aware of how subjective this all seems because I haven’t yet quoted Scripture. But the entire time, I’ve had in my heart the image of the woman who anoints Jesus with her perfume. In Mark 14, she is so overwhelmed that she takes this oil worth a year’s wages and drenches Jesus with it. We don’t know why she does it, and in Mark’s telling, she speaks no words. We don’t know if she understands all the Messianic metaphors this kind of anointing brings to mind or the burial allusion Jesus sees. But she gets Jesus on a level that goes beyond words. He has touched her life so completely that she is moved to this seemingly irrational act. Others scold her. They call her wasteful and foolish because they can’t understand. But she gets Jesus in a way they never did. And as Jesus promised, her testimony has passed on through generations. She is not only valued but held up as a model.

Research and facts and evidence are helpful. They help us reconstruct the world of the Bible, they help us explain the significance of the stories. But they are not the kind of “truth” Jesus calls himself. They are lowercase truth—concepts, logical syllogisms. Jesus himself is Truth. He is Reality with an uppercase “R.”

He is Reality which both talks—and is silent.

He is Reality which both teaches—and weeps.

He is Reality which understands both ideas—and human hearts.

He is the kind of Reality which has time for children—and mess.

Men who get it:

Mandy Smith is lead pastor of University Christian Church in Cincinnati, Ohio, and author of The Vulnerable Pastor.

END_OF_DOCUMENT_TOKEN_TO_BE_REPLACED

Men and Women Working Together
END_OF_DOCUMENT_TOKEN_TO_BE_REPLACED