There are better ways to explain human fallenness than pointing to needy babies and clumsy toddlers.
Amy Julia Becker 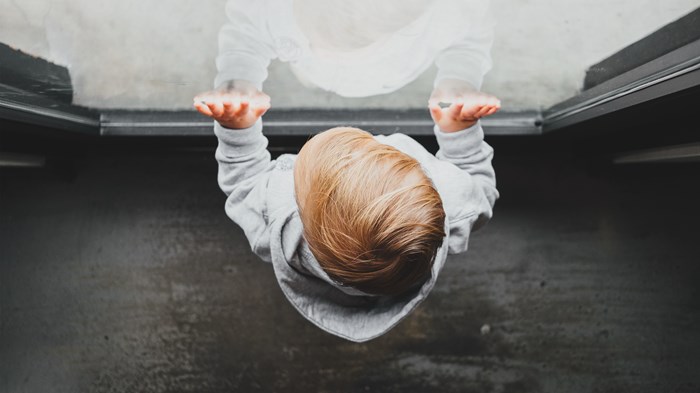 Before going to seminary and then having children, I worked in youth ministry with teenagers for five years. As such, I sat through countless systematic presentations of the gospel in which someone was assigned "the sin talk." These talks varied from camp to camp and speaker to speaker, but a handful of them included a defense of the doctrine of original sin based on the clear sinfulness of small children. It usually began with a reminder of infants crying, demanding attention, and refusing to quiet down until fed. It progressed to toddlers squabbling and shouting, "Mine!" And it concluded with examples of how we as adults or, in this case, teenagers, cry until we get what we want and shout "mine!" though in more culturally acceptable ways. On the final point I can certainly agree: The most obvious case for my sin is my own selfishness.

But as the mother of three children, I've started to wonder if children are really the best example of the doctrine of original sin—the traditional Christian belief that all humans are in an essential state of fallenness and disobedience toward God before accepting Christ's salvation and regeneration. With children as our guide into this belief, I wonder if our understanding of sin itself gets distorted.

My sister recently gave birth to a baby boy. When he is hungry or wet or cold or uncomfortable, he cries. Yes, he cries to receive attention in order that my sister or another caregiver meets his needs. But moreover, he cries in order to communicate, to begin building a relationship of nurture and trust and intimacy with the ones responsible for his care. Far from tipping his parents off to his inherent sinfulness, his cries indicate his inherent need for relationships. People who have walked the halls of orphanages remark on the sorrow encapsulated in the lack of cries. Those babies have learned that their needs will not be met, and so they no longer wail for attention. The silence is a mark of abandonment, of brokenness. I'm not sure infants offer any proof for sin other than the sin of adults who often fail to care for them.

But then I fast forward to my son, William, who just turned 4. We started singing the Rolling Stones's "You Can't Always Get What You Want" over a year ago, and it has become a refrain in the midst of his tears when we deny his desires. My most frequent prayer for him is that he would follow Jesus in love and not "insist upon his own way" (1 Cor. 13:4). When I asked his preschool teachers to help us address his behavior, they sent home a system in which I would give him laminated happy faces whenever I "caught" him listening well or sharing with his sisters or using polite language. When he made "mistakes," I was to help him "fix" the mistake.

The happy faces went well—William took great delight in piling them up in a jar with his name on it, and they became a reward in and of themselves. Sometimes he made genuine "mistakes," like when he bumped into his little sister and knocked her to the ground. We talked about fixing that mistake—apologizing to Marilee, helping her up, and being more careful as he ran around the house.

But then came the next afternoon, when he wanted macaroni and cheese for dinner instead of pizza. Tears. Yelling. Running in place. I sent him to his room. When I went to check on him, everything in the room was on the floor. He then ran out of the room and knocked Marilee over again. After I had helped him calm down, I found myself talking again about how he could fix his "mistake." But later on I realized that he hadn't made a mistake. He had deliberately knocked Marilee down. He had refused to learn from his previous mistake. He had sinned. Or, in the language we chose, he had made a bad choice.

It came as no surprise that my son is sinful, and that I need to help him learn how to deal with his sin by acknowledging it for what it is, seeking forgiveness, and asking for God's help to make good choices in the future. But as I have started to see the proof of sin within my children, I have faced two challenges: One, to name sin for what it is— to differentiate between mistakes and bad choices; and two, to not see sin where none exists. I've started to recognize the difference between neediness and selfishness, between mistakes that flow out of human limitedness and sinfulness that follows when we refuse to mature and grow in the wake of mistakes. And, surprisingly enough, these lessons apply to me just as well as they do to my children.

There are times, I believe, when my heavenly Father watches me make bad choices. And in those times, I need to repent before him. But other times I am simply needy, for him or for others. In those times, instead of falsely chastising myself for selfishness, Jesus invites me to offer my burden to him and receive his comfort. And then there are times when I simply make a mistake. It might be more sinful for me to think that I ought to have already learned everything there is to learn rather than admitting my weakness, my need, my ignorance, and trusting God to guide me into wisdom as I grow up in faith.