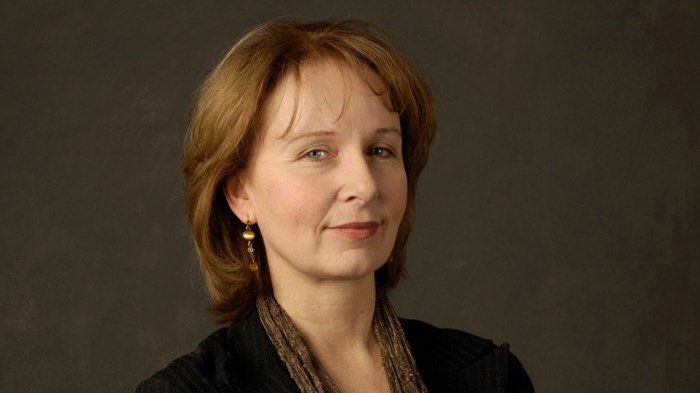 This post contains spoilers for the Dec. 12 episode of Scandal.

A bloody body on the floor is hardly unusual during a mid-season finale, and on ABC's popular drama Scandal, it's practically de rigueur. What the killer said next is less common: "I have committed a sin." And, later, of the victim: "He is a godless sinner and he deserved what he got."

Last week's episode played out Sally Langston's crisis of faith, with an extended soliloquy full of heavy-handed religious jargon, set to tolling church bells. Over five minutes, Sally, played by Kate Burton, rattled off one Bible-influenced phrase after another: "poison fruit," "unleashed a snake into our garden," "sullied my soul," "sold my soul," "cross to bear," "original sin," and "promised land." (Get it now, audience? She's a CHRISTIAN!)

In the guilt and self-justification that follows, Sally's religious hypocrisy continues to glare. On a show that puts antiheroes in "white hats" on a regular basis, she stands out as the character most often in conflict with the rest and the sole one who claims religion as her motive.

Scandal makes its exaggerated characters seem authentic by grounding their actions in pure self-interest, making each loyal to a relatable, if relativistic, moral code and their commitment to a goal. In contrast, Sally claims to stand for evangelical principles, but when her stance ...