Is animal welfare (finally) returning to the Christian conscience?
Karen Swallow Prior 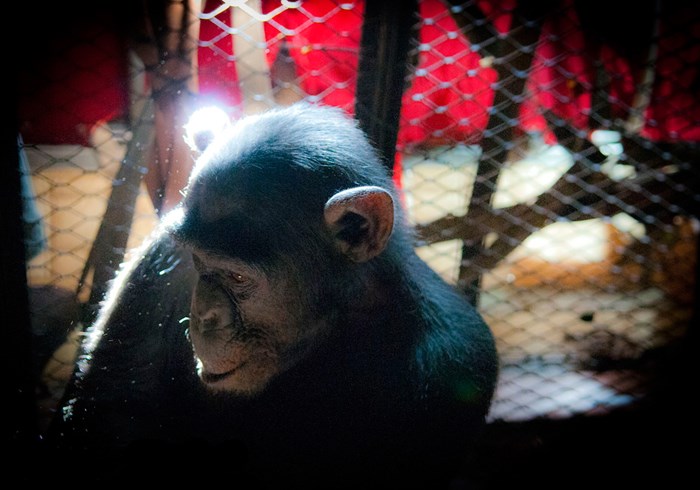 Christians, more than anyone else, should be uneasy with animal suffering; yet, many view animal welfare as a secular humanist concern, leaving it to others to lead the charge to care for God's creatures.

Amid the perplexing dearth of Christian influence in the area of animal protection, Eric Metaxas highlighted on BreakPoint a New York Times story on the role an evangelical Christian—National Institutes of Health director Francis Collins—played in releasing hundreds of government-owned chimpanzees.

Collins teamed up with the famous Jane Goodall to retire nearly 360 of the NIH's chimps, releasing them into an animal sanctuary after they spent most or all of their lives in laboratory cages.

A 2011 study determined that chimps are unnecessary for most biomedical and behavioral research, and the U.S. is the only developed country that continues to use chimpanzees for invasive research and testing. Hundreds more chimpanzees will remain in other government-run laboratories after the release of these retired primates.

Their release is good news for taxpayers and anyone who loves happy animals. Just watch this video of other retired chimps being freed for the first time, and you'll see what I mean.

Christian thinking tends to be foggy on matters of animal protection, especially when we believe that their suffering will somehow benefit humans, forgetting that animals weren't created to save us. Leadership from someone like Collins in matters of ...