Have we taken the whole register-for-whatever-you-want thing too far?
Laura Ortberg Turner 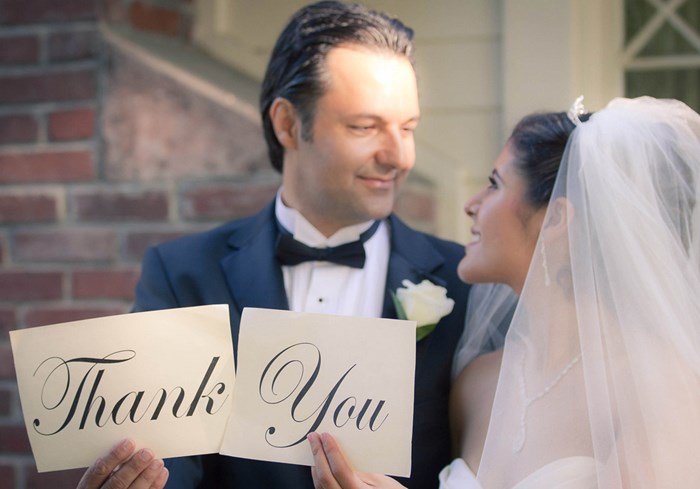 After I got engaged, my sister gave me a copy of Emily Post's Etiquette—the 1950 version. It was half joke and half research, fascinating to comb through its musty pages to learn, for instance, how to introduce myself to a reigning sovereign should the Queen of England deign to attend my wedding. ("Mrs. Jones bows and, if the king offers to shake hands, Mrs. Jones bows again deeply as she gives him her hand.")

It's hard to imagine what Post herself, the queen of manners and doing the right thing, would say about weddings today. Wedding registries didn't even become de rigeur until a bit later in the 20th century. Up until that time, wedding guests chose from a socially prescribed list of household items—candlesticks, trays, china, and so on. The point of a wedding gift was that it was freely given, like all the best gifts are.

Now, of course, registries are the norm. Brandishing bar code scanners in department stores and clicking off Amazon wishlists have become engagement rites of passage. While registries are immensely helpful—who wants to end up with multiple cheese boards?—they have also opened the floodgates for all sorts of once unheard-of wedding requests. Honeymoon registries became popular, then savings registries to help pay for a down payment or a house renovation. It was only a matter of time before couples began asking for help with that other big expense: the wedding itself.