Sexism and the stereotype of a lazy, childish generation of guys.
Jamie A. Hughes, guest writer 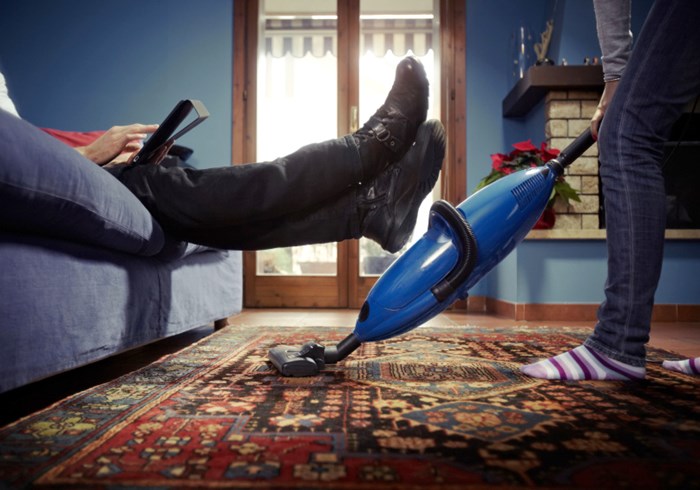 At a recent cookout, I uncomfortably listened to a quartet of women lambast their husbands while we all worked together in the kitchen. Their fellas were outside with mine, laughing and savoring the heavenly scent of roasting pork—totally unaware of the disdain being dropped on their heads.

"He decides to throw a meat party and doesn't think about side dishes or even cleaning the house," one wife said as she whipped a bowl of egg salad into submission. "He's an idiot. That's all there is to it."

It continued: "He plays with his grill, his guns, his camera equipment…and I'm the one left doing all the grown-up work." The rest of the women joined in, cataloging their husbands' faults, casually using words like "stupid," "moronic," and even "retarded," dicing up their spouses as effortlessly as they did the celery.

These kinds of conversations happen again and again, to the point that lazy husbands have become an inevitable, universal truth.

A recent survey commissioned by Nickelodeon UK revealed that men and women agree that men remain "immature" well into their late 30s and early 40s. What's worse, 8 out of 10 women believe that men "will never stop being childish," and 3 in 10 women have ended a relationship because they lost patience with the guy for being too immature.

Hold on. If the high heel was on the other pedicured foot, and women were seen ...