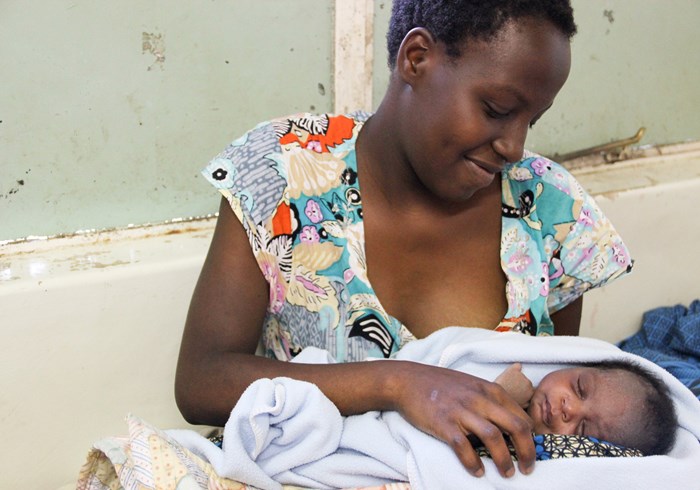 A North American evangelical woman walking the streets of Zomba, Malawi—where I live—might assume that women here are immodest. Spend any length of time talking to a woman with a baby of nursing age, and you're almost certain to see her take her entire breast out of her shirt and offer it to her baby.

I've seen women walk along the street like that, a cloth snugly holding the baby in place while he sucks away. No one bats an eye. But when women wear shorts or skirts above the knee, everyone—men, women, even children—has a hard time not staring.

It's not so hard to imagine how, in this context, knees became coded as more private than breasts. In a place where the birth rate is high, a single can of formula costs at least two week's wages, and privacy is hard to come by, nursing in public is pretty much a necessity. Breasts can't be regarded as for the bedroom only. The concept of modesty certainly exists, but it's more often applied to women's hemlines than their necklines.

This setting is just one example. As we travel across the globe, we see what constitutes modest varies from place to place, and in certain contexts, women feel no shame about exposing their breasts. Exposing your knees or elbows in one culture might be like putting "glitter on your boobs" in ours. Recently, blogger Sharideth Smith on the Rage Against the Minivan used the example of a woman who became furious with a man for noticing her glitter-garnished ...