The short history of our blue-pink designations.
Anna Broadway 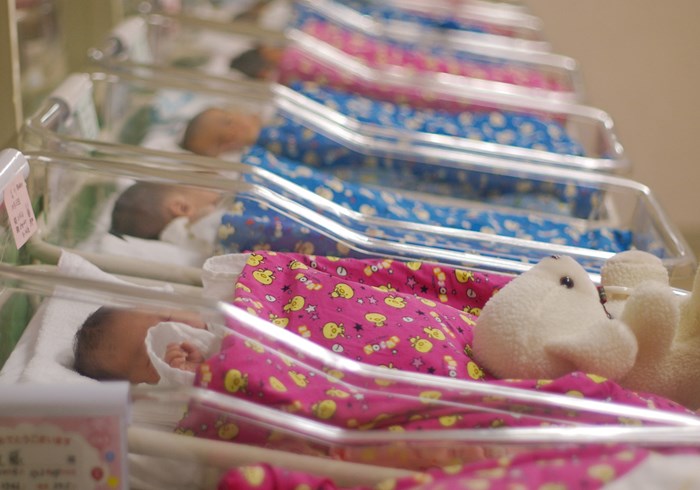 After the birth of the Royal Baby, our months of speculation over its sex—A boy? A girl?—will end. But depending William and Kate's use of family heirlooms, the baby might wear pink either way. Historically, before pink became considered a feminine color, it had masculine connotations, too.

Despite today's gender-reveal parties and hyper-girly and boyish baby clothes, it wasn't that long ago that parents dressed infants differently. Some friends recently mentioned that the family christening gown passed down over a few generations — and worn by more than one baby boy — featured pink ribbons. Their son had recently worn it for his baptism. Not only did many of our ancestors once deem pink acceptable for both sexes and even a "strong" color, blue was often seen as appropriate for girls and women, partly due to its association with the Virgin Mary.

As Jo Paoletti recounts in her fascinating history of children's clothing, Pink and Blue: Telling the Boys from the Girls in America, the word "pink" didn't even initially connote a hue and only joined the color vernacular in the mid-19th century. Until the early 20th century, most American babies wore long, white gowns favored for both their practicality (easy to bleach and starch) and lack of gender specificity. When pastels did decorate babies' clothing or nurseries, "pink and blue were suggested as interchangeable, gender-neutral 'nursery colors.'" ...