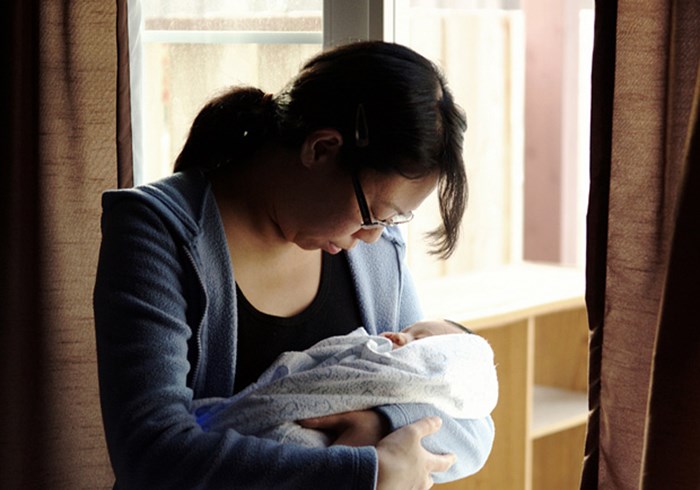 The night I brought my firstborn home from the hospital, I broke down and cried. In the hospital, I had been giddy with happiness. At home, I felt panicked. I realized that for all my preparation, I had no idea how to care for a baby. This wonderful, vulnerable person I had fallen so deeply in love with was now my responsibility. I was pretty sure that even if I managed to keep her alive, I'd probably ruin her life.

After a few days at home and a growing confidence that I could, in fact, keep her alive, the tables turned, and I began to suspect she would be the one to ruin my life. I was unprepared for the emotional strain of the frequent feedings, little sleep, dramatic transition, and distance from our families. Though that initial panic passed, it was months before the clouds began lifting and tears weren't always imminent.

I now believe I had at least a mild case of postpartum depression, which I failed to recognize because, like many new moms, I didn't know what caring for a new baby was supposed to feel like. I also refused to recognize it for several reasons: I lacked the courage to face what I perceived as my own weaknesses. I wanted to believe I was completely capable of handling motherhood, which I had longed for. I feared the stigma of mental-health treatment. And I was desperate to distance myself from my mother, who has schizophrenia. For many years, my worst nightmare had been inheriting her condition and being a mentally ill mother myself.