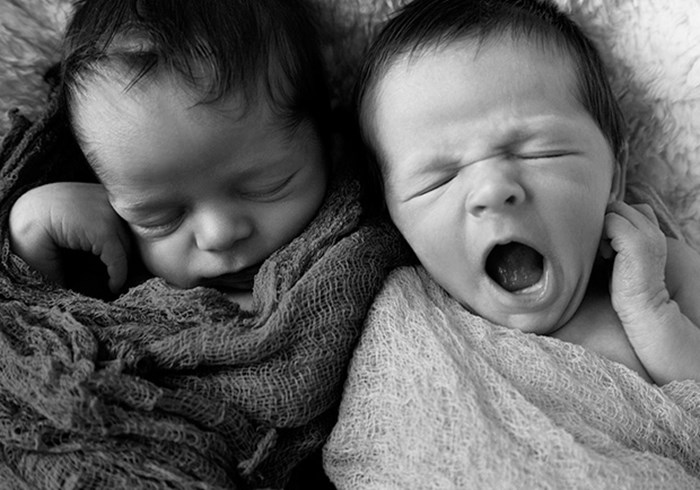 What catastrophic life event, we might ask, could provoke language of such profound hostility and dread?

A Babble blogger, writing under the pen name Albert Garland, recently bemoaned his tragic fate as the soon-to-be father of twin boys. He and his wife, already parents of one son, tried for years to give him a sibling. Finally, at $10,000 a pop, they did in vitro fertilization. Hoping for one girl, they got two boys.

As the mother of young twin boys—plus three older children—I can relate to the initial shock of an unexpected twin pregnancy. I'd like to say I myself took the news as equitably as Mary, mother of God, who calmly responded in Luke 1:38, saying, "I am the servant of the LORD; let it be to me according to your word." Instead, for weeks I persisted in sullenness. I did not feel grateful and could not pray.

I don't blame Garland for his fear, even anger, nor do I want to minimize how dramatically a surprise pregnancy can alter the life of a family.

I initially struggled with the news, even though my case was unusually advantaged. Our house and car could reasonably accommodate the double-vision of high chairs and cribs and car seats. Because I was already at home with our three young children, the prospect of twins forced no threat of having to abandon career because of untenable childcare ...