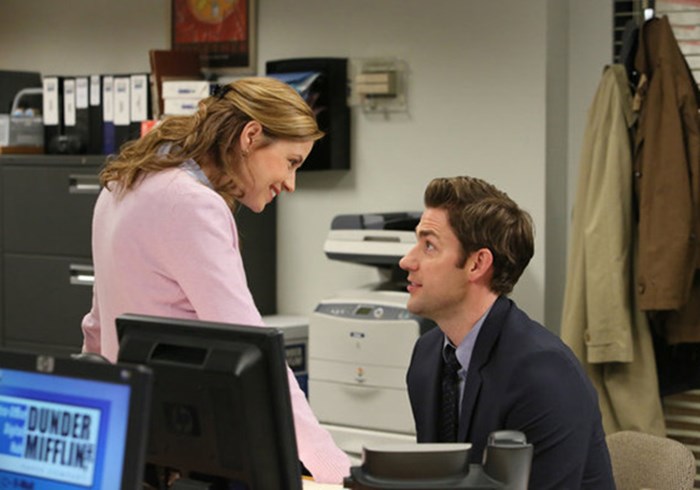 For me, it wasn't love at first sight. The first time I ever watched The Office, the scenes felt awkward and the staff of Dunder Mifflin seemed weird. But it didn't take long before I fell for those quirky characters, and I've been watching ever since.

Sure, The Office has been through its ups and downs (most notably, the departure of Steve Carrell as Michael Scott), but in its ninth and final season the show has gained momentum by way of two characters whose relationship hooked us from the very beginning: Jim Halpert and Pam Beesly.

Ever since the two exchanged witty flirtations during Season 1, viewers have been rooting for them. We watched as the two fell in love, married, and had children together. Then in this final season, we got a rare look at the strains placed on a marriage by shifting life circumstances.

Although Jim and Pam have a beautiful love story, it is their endurance that sets them apart. In today's pop culture, we don't typically see the "ever after" of a fictional couple's story. Once two lovers overcome adversity and finally unite, we are left to assume that the rest will just work itself out. Nevermind that their relationship was founded on deception (as in How to Lose a Guy in 10 Days, Hitch, or Failure to Launch), nevermind that he was once a serial philanderer (Two Weeks Notice, What Women Want, and Crazy, Stupid Love), and nevermind that neither he nor she has a clue about healthy communication (The Proposal, ...