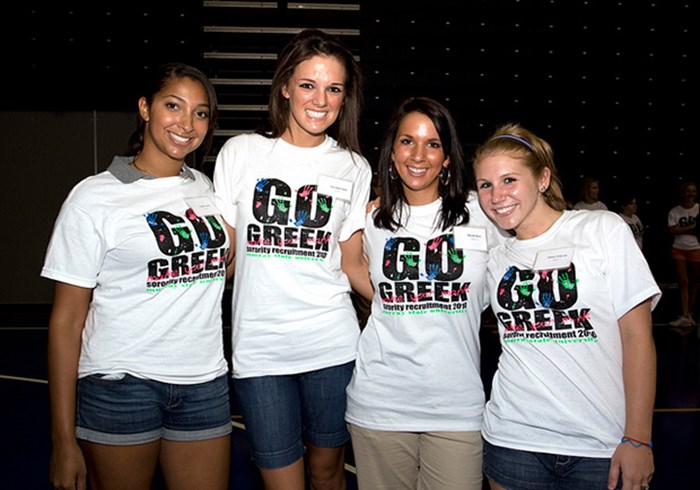 People are surprised when I admit that I belonged in a sorority in college. I wore the T-shirts, sang the songs, learned the handshake, went to the parties… the whole thing. Sororities have such a negative stereotype that it's hard for some to imagine a nice, smart, normal person joining a sorority.

The very worst of such stereotypes were laid out in a profanity-filled, CAPS LOCK-ENGAGED sorority e-mail-gone-viral last month. This tirade from a member to her "f—ing awkward" and anti-social chapter became fodder for Gawker, Buzzfeed, Funny or Die, and the rest of the easily amused Internet. (Fair warning: Those links contain lots of offensive language.) The context of the e-mail isn't the real draw—the social standing of Delta Gamma at the University of Maryland doesn't quite merit national concern and the sender has since resigned. Instead, it's her tone that catches our attention. Catty. Demanding. Mean.

Most of us probably haven't gotten an e-mail with 41 instances of the F-word. But we still know what it's like to deal with a mean girl in our midst. That's not just a sorority thing. When women gather together, despite the opportunities to build each other up and support one another, a mean girl mentality can emerge. It's conflict, negative energy, competitive spirit, drama … whatever you want to call it. But why does it happen? Why do women turn on each other?

At nearly every stage in our lives, we ...

Join the conversation on Facebook
Tags:
Fellowship and CommunityFriendshipGenderGossip
Posted:May 6, 2013