We can't expect our spouses to solve all our problems.
Sharon Hodde Miller and Laura Turner 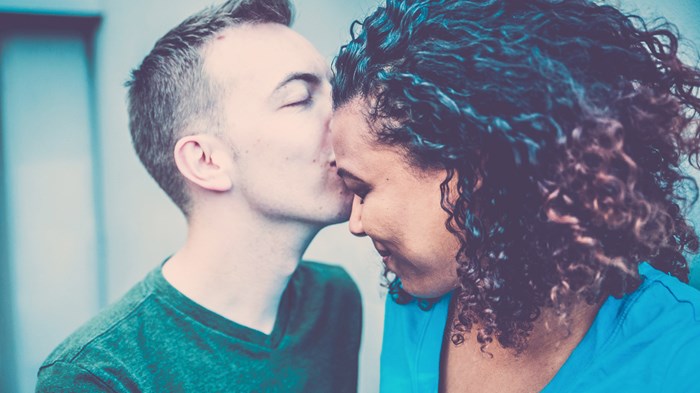 We're often quick to associate loneliness and unhappiness with singleness, particularly in Christian circles. We expect marriage to overcome those feelings. We overlook not only the joy in that can be found in singleness, but also the sense of longing that persists in marriage.

Two of our Her.meneutics regulars came together to share stories of their marriages, to underscore the point that no one person, not even our spouse, can meet all our needs and solve all our problems.

Married People Get Lonely, Too

"I'm sorry I can't be a group of girls." With those strange but sympathetic words, my husband tried to comfort me while I sat on the couch and sobbed.

We had moved to the Chicago area less than a year prior, and I missed my friends. Although I had relocated from North Carolina with him by my side—a wonderful partner and my very best friend—my heart ached for female companionship as well. Yes, I had a husband to keep me company. Yes, I was married. And yet my marital status had little to no bearing on my loneliness.

That was a couple years ago, and not much changed in the following years. I continually struggle to find a group of women with whom to share my life, and despite the health of my marriage, that hole in my social life became a deeply rooted ache in my heart.

Ironically, I am not alone in my loneliness. Research shows that loneliness is epidemic in our nation. In two recent surveys, 40 percent of adults reported feeling lonely, two times as many as in the '80s. Among adults over 45, one in three report feeling chronically lonely. Among the elderly, half (about 5 million) say the television is their main company. Finally, loneliness afflicts singles and married alike, some couples reporting feelings of isolation from their very own spouses.

As these statistics show, loneliness takes many different forms and can affect us at any stage of life. For me, it was the absence of intimate, female friends following a family move. For some, it is singleness; for others, the isolation of raising small children or watching grown children grow distant. Still others feel alienated from their very own spouses, and some from their very own families.

I have discovered that marriage provides no sure protection. Many married people struggle with paralyzing loneliness, and not because their marriages are unhealthy or their spouses are absent. Like anyone else who struggles with loneliness, their souls are giving voice to a basic human thirst that marriage cannot always quench: the need for community.

In the last three years I have come to realize that no single person can satisfy one's craving—a God-given need—for community. My good, healthy marriage cannot appease every longing of my soul, no more than any individual relationship can. That is why God didn't stop with the institution of marriage. Marriage wasn't sufficient for reflecting the community of the Trinity, the diversity of his being, or the incarnation of his Son. Instead, God created the church, the fundamental community to which all Christians belong.

Without a doubt, marriage is an important pillar of the church. It reflects the beautiful union between Christ and the church, and it is a powerful means of grace. But my marriage cannot cure loneliness, because God did not design marriage for that end. (Notice in Genesis 2 that Adam was "alone," not "lonely.") God did not design marriage to function as our essential community. Instead, marriages merely participate in our essential community, which is the church.

Although the design of marriage is inherently relational, the design of the church is more broadly communal (1 Cor. 12). The church offers belonging to all Christians without bounds. You can be single, married, widowed, divorced, and there is a place for you.

Of course, the church is not perfect, and there are times when she will add to the loneliness rather than extinguish it. I have experienced this kind of loneliness myself. Yet even on those days, the church succeeds at one thing: pointing us toward the one True Friend who never disappoints. In John 15:13 Jesus said to his disciples, "Greater love has no one than this, that someone lay down his life for his friends." Not long after, Jesus laid down his life for us, forever redefining what perfect friendship is.

In a culture that is both "spiritual but not religious" and also plagued by loneliness, the role of the local church becomes ever so clear. Amorphous spirituality cannot satisfy one's need for community, and the advent of atheist churches is proof enough of that. In the face of rampant loneliness, Christian community—tangible, flesh and blood community—matters.

And yet Christian community is only a shadow of the community we have with God. In some ultimate sense, loneliness is the soul striving after that for which it was created: perfect companionship with God. Whether you are single or married, lonely or not, that is a welcome reminder for us all.

There are enough blog posts about marriage that I'm reticent to write another. But so much of the discussion around marriage gathers around the extremes: marriage is wonderful, a fairy-tale, the ultimate expression of romance that mirrors Christ and the church, or marriage is difficult, strained, full of conflict and compromise and tiptoeing around the other person. There is a thread of truth in both camps, but more in what remains unsaid. Singleness is the same way—there are joys and there are pitfalls, peaks and valleys, desires fulfilled and unmet.

I never thought I would get married at 24. My mom, almost 30 when she married my dad, was the pattern on which I'd not-so-consciously set my life. I was 19 when Zack and I started dating—a sophomore in college—and sure that ours wouldn't be a lasting relationship. Until, four years later, we were engaged. I knew I didn't want to wait until I was 30 to marry this funny, disarming, winsome man. I didn't know what to make of this diversion from what I had been counting on my life to look like.

Ruthie Dean, author of Real Men Don't Text with her husband Michael, recently wrote about the feared call of singleness, advising "if you are married, it's never a good idea to tell someone single that they might never meet someone."

In the post, Dean likens singleness to cancer and says that telling someone they may never marry is akin to telling an expectant mother her child may die before kindergarten. While I understand what she is saying about the pain associated with unwanted singleness, I disagree with her premise, which implicitly sees marriage as the fulfillment of hope and a promise of happiness.

So often we forget that Paul had harsh words for those who married and a less-than-wholehearted endorsement (1 Cor. 7:9). Biblically speaking, marriage isn't anything to strive for—if we take Paul at his word, it is actually something to avoid.

Singleness and marriage, especially in the Christian world, aren't easy to talk about well. We get tempted to ignore one and concentrate on the other, to extol the virtues of marriage and family while not quite sure what to say about being single. But, they are not so different from one another, being married and being single.

If you were impatient and funny and pale before you got married, you'll be impatient and funny and pale after you say, "I do." You'll just have someone else around most of the time to be the target of your impatience, to laugh at your jokes, to hug you, or hear you complain about the seven hundredth sunburn you've gotten. Marriage calls for new habits or routines, but actual inner change has always been work between a person and God.

Marriage is hard, to be sure. At least, it is for us, especially in the first year. I've written here about how I struggle with anxiety; I have ever since I can remember. Getting married, even to someone as wonderful as Zack, did not do me any favors in the anxiety department, with all the changes that go along with a new life together.

Marriage is also remarkably fun. It is crazy to me that we don't have to say goodbye at the end of the day, that we can watch Breaking Bad in bed until midnight and no one is going to tell us not to. We can go out to dinner together, get drinks and play cribbage at a bar on a Thursday, drive out to the ocean, or sit at home and read. We make each other laugh in our weirdness, which I think is one of the secrets of marriage: find someone who is weird in the same way you are weird.

The best thing we get out of life—the best thing that God gets out of life—is who we become. And who we become will be shaped by our spouse, if we have one, or our parents or friends or siblings or dogs. But who we become will mostly be shaped by God, and that is why it is not a bad thing to talk about the possibility of never marrying. Marriage is no panacea, and to think so will only do damage by making you unhappy where you are now and disappointed in any future relationships.

I do like what Dean wrote about how we focus our minds. Rather than dwelling on singleness, she suggests, "What if we talked about contentment and trusting God with the future?" When we can trust God with our contentment, whether we get married becomes far less important than who we are becoming.

Join the conversation on Facebook
Tags:
Fellowship and CommunityLonelinessMarriageSingleness
Posted:November 15, 2013