When did popping the question become such a big deal?
Courtney Reissig 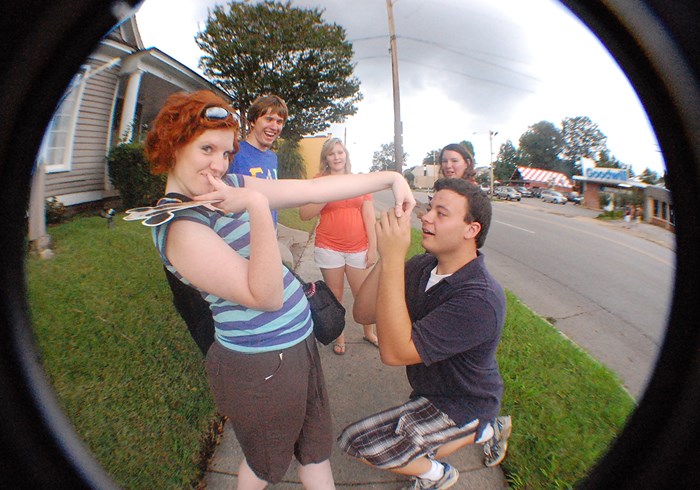 It used to be that the most important decision a man had to make (after choosing the girl) was what type of ring to buy. Now he's got to plan a knockout proposal—at least something cool and clever enough to go viral on YouTube. Planning a proposal has become a booming industry itself, from the creating perfect proposal video to hiring a proposal planner.

A recent article on Converge discusses how our wedding-obsessed culture has grown engagement-obsessed, too. In some cases, it seems we've become more concerned with the proposal than the actual marriage.

Writer Nicki Lamont suggests we slow down a bit and think about why we actually want to get married in the first place:

Join the conversation on Facebook
Tags:
DatingMarriageSex and Sexuality
Posted:November 20, 2013