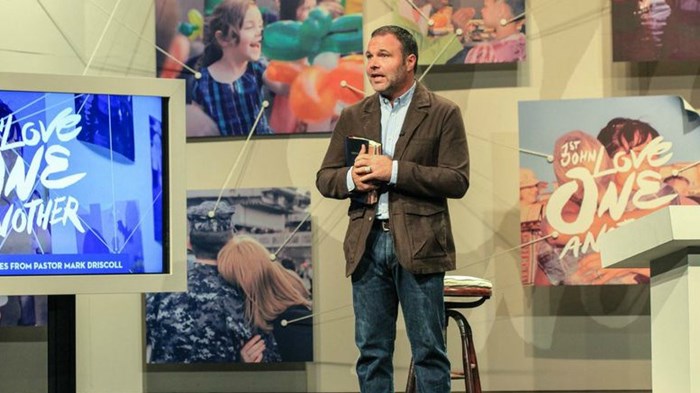 For years, Mars Hill has been known as a church that cares deeply about right thinking and strong theology, but rarely do people associate it with love or grace. It harkens Revelation 2:4, where Jesus tells the church in Ephesus that although it endured well and walked righteously, it had abandoned love.

The leaders at Mars Hill are taking that accusation as their own. On Sunday, Pastor Mark Driscoll—my pastor—unrolled a statement announcing his plans to step down while he sorts through years of unresolved conflicts. He dreamed about gradually being known more and more for his love, and not his accomplishments, having planned a sermon series from 1 John on love. He apologized.

The Mars Hill family—my congregation and church family—responded to Pastor Mark’s statement with a standing ovation.

His vulnerability and the occasional tear demonstrated to us he no longer needed to be the fist-pounding, brash preacher that founded the church. The body was ready to forgive him. His statement also came with a dramatic restructuring of internal leadership. An internal elder board was formed with its first goal of resetting the church culture to one known for its love. The already existing Board of Advisors and Accountability will be staffed with more locals, instead of big-name preachers.

The world watched as God stripped Mars Hill of its reputation, many star leaders, its connections, and its own church-planting network. Now the global church has the ...