Our pledges belong to the Heavenly Father, not our earthly ones.
Gina Dalfonzo 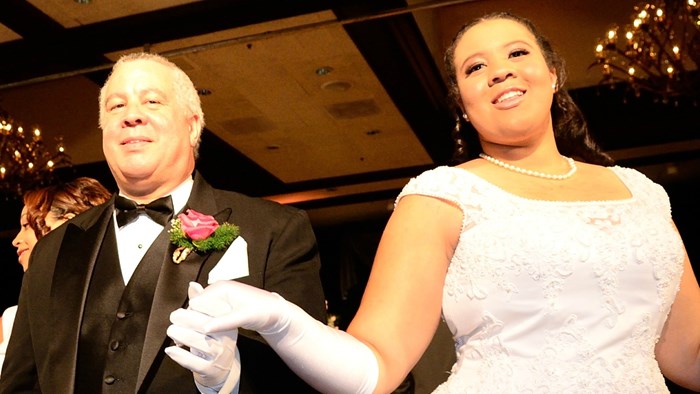 When we see a man and a woman holding each other tenderly, wearing fancy clothes, we think wedding, marriage, romance. It's simply instinctive. So when looking through a series of purity ball portraits—girls in white dresses, beside loving fathers—we're seeing something very familiar, but in a very different context. This juxtaposition strikes as jarring at best, inappropriate at worst.

The blogosphere erupted with their reactions to Swedish photographer David Magnusson's "Purity" series. "Thoroughly f---ing weird ... striking and frankly terrifying," opined Tom Hawking at Flavorwire. Jessica Valenti at AlterNet called the pictures "beautiful [but] disturbing." In message boards and Facebook groups and comment sections around the Internet, words like "creepy" and "strange" were thrown around. On the flip side, there were those who said you'd have to be "perverted" to think there was anything wrong with the pictures.

In this light, what Magnusson had to say about his own work was particularly interesting. In an interview, he stated:

When I came across the Purity Balls and was so struck by how my own first impressions clashed with how I could relate to them once I learned more, I had the idea to photograph a series of portraits intended to be so beautiful that the subjects, the fathers and daughters, would be really proud of the portraits of themselves in the same way that they are ...

Join the conversation on Facebook
Tags:
AbstinenceFatherhoodParentingSex and Sexuality
Posted:May 22, 2014