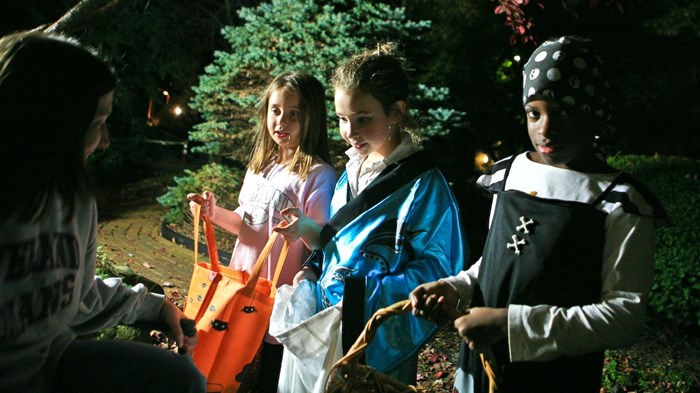 I was 30 years old the first time I dressed up for Halloween.

Halloween was not a part of my childhood in South Africa—only something we knew from seasonal episodes of sitcoms exported from the West. I remember my sisters and I pretending to trick-or-treat, singing the song we’d learned from The Cosby Show’s Rudy Huxtable: “Trick or treat, smell my feet, give me something good to eat.”

Where I grew up, no one really dressed up for Halloween; no one carved jack-o’-lanterns; and the streets were certainly not safe enough for trick-or-treating. Plus, the end of October was the end of spring in the Southern Hemisphere, hardly a time for harvest decorations and bonfires.

After moving to the United States, I found myself 30 years old, eight months pregnant, and planning my first Halloween costume. I was a soccer field, dressed in green with a black and white soccer ball painted on my rotund belly. That was also the first I heard of the Christian debate over Halloween, with a few partygoers muttering that I had no business honoring such wicked and pagan festivities with my outfit.

It’s a debate nearly all American Christians are familiar with, based on the common idea of Halloween being tied to the Celtic festival of Samhain, a “festival of the dead.” If the holiday comes from a pagan observance, it makes sense that faith communities would shun its observance.

But more Christians are questioning that understanding, some ...