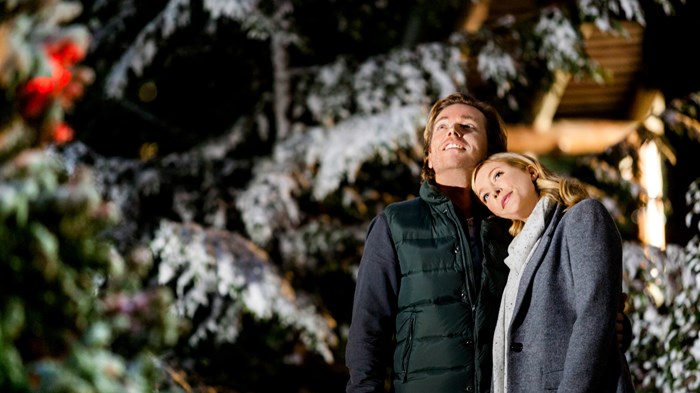 It starts with a girl. She’s white, with immaculately curled hair. She is shy/clumsy/uptight, but deep down, she wants to open a bakery/be an artist/follow her dreams.

Then there’s the boy. He’s also white, with perfect teeth and hair like a businessman from the ‘80s. He works too much/doesn’t care about the holidays/needs help raising his kids because his wife recently died.

Maybe the roles are reversed; it doesn’t really matter. The lighthearted conflict between them goes on for 45 minutes to an hour, until they kiss at the end. Cue the music, fade to the credits, and then it starts all over again.

This is the Hallmark Channel’s Countdown to Christmas spectacular, a nonstop lineup of variations on the romantic holiday movie formula. In 2015 alone, Hallmark has released 17 new Christmas-specific movies, adding to their expansive back catalog of made-for-TV films. This year was my first time sitting down to watch their feel-good movie marathon, but the plotlines were familiar to me as an evangelical girl who grew up longing for a safe, happy, magical world where it felt like Christmas every day.

While mainstream culture scorns the romance as lowbrow and naively idealistic, it remains a hugely profitable enterprise thanks to its loyal readers and viewers. Last year, from Halloween to Christmas, Hallmark was the No. 1 channel for women age 25-54, and a single one of their holiday films, Christmas Under Wraps, attracted 5.8 million viewers. ...