The significance of our viral debate over #TheDress.
Karen Swallow Prior 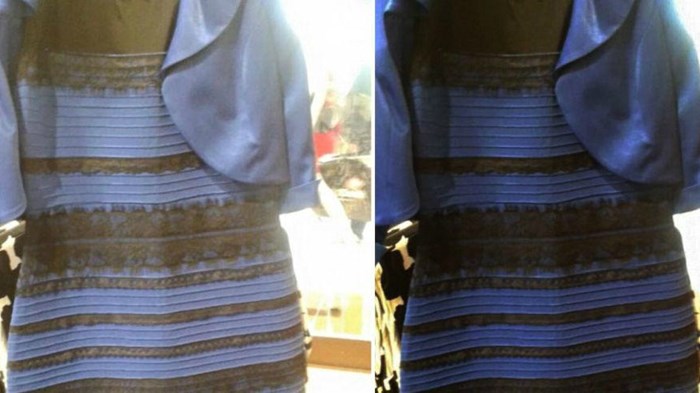 For a few hours, all our other divisions seemed suspended—progressive vs. conservative, Coke vs. Pepsi, Cowboys vs. Redskins—as the world became diverted by debate over a little blue (or is it white?) dress.

It began Thursday when a woman posted a picture on Tumblr and asked what color the dress was. Some of her friends saw it as black and blue, some as white and gold, and within hours the question about #TheDress was discussed in social media feeds and living rooms across the globe.

Just as quickly, a moral debate erupted: in a world wracked by terrorism, rising ocean levels, crippling storms, how dare we waste so much passion and existential angst over the color of a dress?

Yet #TheDress was far more than a meaningless meme. The online debate offered a fascinating science lesson, united people in a respite of harmless fun, and provided powerful insights into the relationship between subjective experience and objective reality.

As far as the science goes, Wired provides the geekiest explanation. Basically, people see the dress in the original photo as either black and blue or white and gold because of how our brains process information about color differently based on variations of lighting, shade, and background.

The photo was so perfectly balanced on a perceptual threshold that viewers’ brains adjusted one way or the other on the color spectrum, either toward blue and black or the toward white and gold. (Actually, the first time I saw the image, ...