A cult survivor explains what a new sitcom gets right—and wrong—about life on the outside.
Elizabeth Esther, guest writer 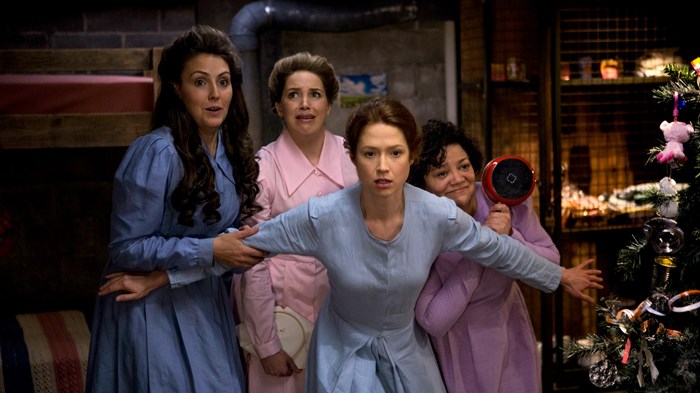 When a friend told me about a new Netflix show that followed the life of a fictional ex-cult member, I felt uneasy. I’d already lived through a cult experience in real life, and then re-lived it by writing my book, Girl at The End of the World. Surviving that stuff was more than enough, thanks.

Still, Unbreakable Kimmy Schmidt —which portrays a 29-year-old woman adjusting to life in mainstream society after spending 15 years in an underground bunker—intrigued me. Then I happened to catch a few jokes from the show on Facebook. Wait, it’s a comedy? Created by Tina Fey? Okay, fine. I’ll watch one episode.

Confession: I binge-watched the whole season in one weekend.

I laughed. I cried. I shouted: Yes! That’s exactly what life was like after a cult! But after the initial excitement, I grew frustrated, realizing that the only reason the show’s star can live up to the “unbreakable” title and theme song is because she isn’t real.

In many ways, Kimmy’s trials and triumphs reminded me of what it was like to leave the cult I’d lived in for 25 years, a fundamentalist Christian group founded by my grandfather. The show was reminiscent enough of my own experience that part of me felt the urge to stockpile canned goods again. But like Kimmy and the rest of the “mole women” who escaped with her, I still have remind myself: I’m not in the cult anymore. Instead of ransacking the grocery store, ...