Remembering my late pastor and refocusing on my priorities.
Anna Broadway 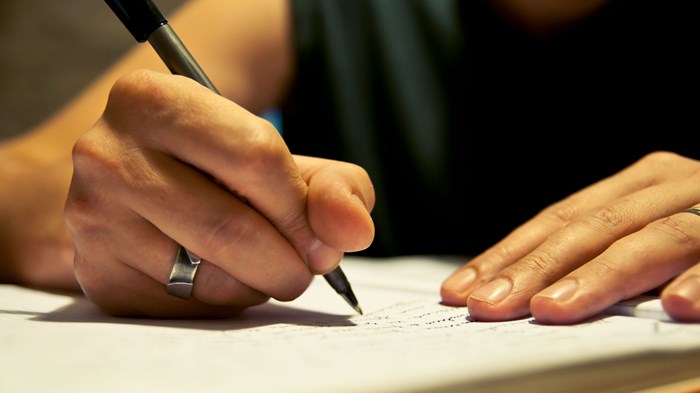 For the fifth time this year, I found myself reflecting on death and what we leave behind. In addition to public tributes to B.B. King and Elisabeth Elliot, both figures whose work shaped my life, I also lost a grandfather, a childhood playmate…and now a pastor. Most of them had lived well past 80, but my pastor had just begun a new season of ministry.

David A. George brought many years of life and ministry experience to our church, which has a gifted but mostly 30-something pastoral staff. In the short time that he served our church, barely a year, he became a spiritual father to many of us. I’m chronically late to church, but David often stepped out from his post near the back door to greet me, often with a hug.

When I learned about his cancer diagnosis just weeks ago, I thought of poetry—first, lines describing the shock of his illness, then some poems I’d been reading. David had shown interest in a poetry party I hosted, so I planned to send him poems during his treatment, starting with selections from Luci Shaw's advent-themed book Accompanied by Angels.

Her poetry doesn’t suck me in the way some sadly salacious headlines do, sneaking away 15, 20, 30 minutes before a semblance of sense of returns and I close the browser window. Instead, Shaw’s poems exalt the reader. My mind blooms with the kind of thoughts I want it to hold, and I remember who I want to become.

My pastor had a similar effect. David always encouraged and ...