As I grieve the tragedy in my home state, I’ve found solace in a surprising place.
Jessica Mesman Griffith, guest writer 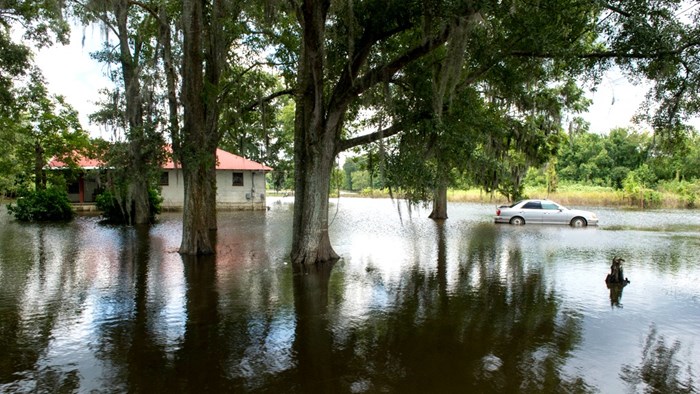 I was born and raised in southern Louisiana, and flooding was a fact of life in our low-slung neighborhood. A summer cloudburst could put us on the five o’clock news in New Orleans, and we’d see our neighbors swimming in the drainage ditches and floating in pirogues down the street. Because I was a kid, this was more exciting than dangerous. School would be cancelled, and my parents would make daiquiris. I used to dream of waking up underwater, the house rocking gently, the window covered in fishing net. Those dreams were never unpleasant.

Now I’m grown with my own kids, and I live 1,000 miles away in Northern Michigan. I watched this summer’s historic flood unfold on my laptop screen. But this wasn’t just a routine summer storm in a neighborhood prone to filling up like a bowl. This was a freak weather event called a monsoon depression, and it dumped unprecedented amounts of precipitation across the south of my home state, killing at least 13 and displacing tens of thousands. I watched in horror as one of my closest friends posted video updates to Facebook. Mild concerns about whether the canal behind her house would hold quickly became frantic expressions of disbelief as the water filled her house and she boarded a truck driven by the National Guard.

“Just pray, y’all,” she signed off, her voice shaking. So I, dry and safe in my living room up north, lit my candles and prayed.

I didn’t leave Louisiana for any significant amount ...

Join the conversation on Facebook
Tags:
Fellowship and CommunityPilgrimage and TravelPilgrimsSuffering and Problem of Pain
Posted:August 23, 2016