Star Wars' leading lady sends a message to the boys, too.
Alicia Cohn 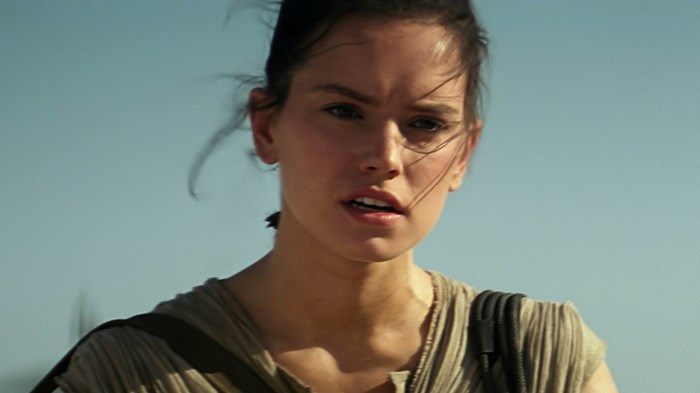 Star Wars: The Force Awakens probably would have made $1.5 billion even without its female lead. But it’s only fair that a female character get her due when she plays such a central—and compelling, thanks to actress Daisy Ridley— role in one of the most enduring and culturally-defining movie series in generations.

In response to fan outcry around the hashtag #WheresRey, Hasbro this week announced they would re-release Monopoly: Star Wars to include Rey, Ridley’s character who wasn’t part of the original game. Retailers are scrambling to stock enough Rey toys to satisfy demand—especially Target, which left Rey out of a set that included only the male leads from the movie.

This outcry didn’t come as a surprise to director J.J. Abrams. “I’ve been to enough Comic-Cons to be well aware that Star Wars has a wonderful and enormous female fan base,” he told USA Today. “But a lot of the approach to marketing has been to sell to boys.”

The StarWars audience traditionally skews heavily male, though Rentrak reports the audience was just 66 percent men on opening weekend. Sci-fi has proven a feminist-friendly storytelling genre, perhaps because it encourages wild imagination, but Star Wars is in some ways its own category: accessible sci-fi for the masses. Letting a woman carry the torch for the Force is still somewhat radical.

Some are calling Rey the “female Luke Skywalker,” a backhanded compliment ...