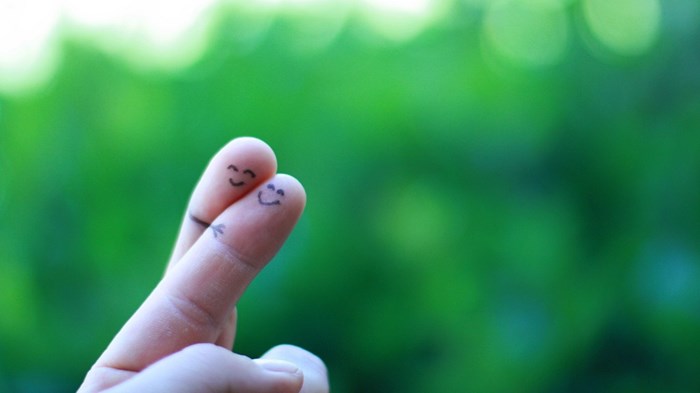 Who are my friends?

With countless social media connections and the demands of family and kids—as well as career, church, and other commitments vying for time—we often find it hard to identify and maintain solid friendships. In addition, younger adults move around more and stay single for longer than past generations did, making friendships both a greater necessity as well as a greater challenge.

I recently spoke with Wheaton College communication professor Emily Langan on the realities and opportunities for friendship in our time. Langan’s research, which focuses on relationship maintenance and the unique nature of friendship, has been highlighted in several recent articles that explore the changing dynamics of friendship in adulthood as well as technology’s impact on friendship. Langan is no Luddite when it comes to technology; she believes we can use it proactively and thoughtfully to further relationships. “In the church, we love ‘embodied relationships,’ the face-to-face, sitting down, sharing everything kind. But, we can also advance a friendship one text message at a time,” she said.

How is friendship different now than it was in our grandparents’ time?

Our lives are more fragmented. My grandmother had a weekly bridge club. Those ladies met for years. They saw each other through major events and were part of each other’s ins and outs. Nowadays, there are book clubs and things like that, but we just don’t have those casual, continual relationships like we used to have. Families also fragment and demand time in different ways than they used to. We’re running around and picking up kids from soccer and camps. Adults with emerging families in particular structure the demands of their time around their families and a portion of whatever is left over is given to their friends.

Technology has also changed friendship—in good and bad ways. We mostly pick on the liabilities of technology, especially social media. We say that they are superficial and fake and shallow. But the technology itself doesn’t make that happen; it’s the way that we use it. But the reality of that is that you have a persistent friendship that is less full or less embodied than it used to be. You’ve got casual friends that you meet up with on Facebook or over the Internet that in a previous era would have gone away.

I have wondered why I keep in touch with people from high school and pre-high school through social media when it is completely unnecessary for me to know what they’re up to. Can you talk more about letting relationships “time out,” and if it’s even possible to do that anymore in the social media age?

There are two different meanings to “timing out.” In the parenting lingo, we can say that friendships take a “time out,” and, in another sense, friendships “time out” in that they are done. Both are valid expressions of friendship. Friendships are cyclic and seasonal. Somehow we think it’s a friendship failure if we’re not friends any longer: “We have the platform. We have the ability. So why aren’t we friends?” The average life expectancy of a friendship is somewhere between five and eight years. It’s not 30. That’s not the norm.

Friendships are based on voluntariness. As a result, once you stop acting on that commitment, do you cease being friends? I think you do. I see friendship as an active labor. It gets complicated because in our digital age you still have a footprint—you still have a Facebook friendship or an Instagram connection. You still have a weird tether to those relationships that, on the one hand, is really unnatural. When you’re done and moved away from certain hobbies or activities, why are you still following them? I have friends —high school and otherwise—that I’ve timed out and moved away from. I stop following their status updates or they friend me but I don’t accept it.

Your research highlights how friendships are based on affinity and liking, but that makes friendships across racial, generational, or other social lines really challenging. How can we be intentional about those kinds of friendships, especially in the church?

Diverse friendships are absolutely an underrated resource. If you think about the places you find yourself—the work that you do, the neighborhoods you live in—they often are very homogeneous. At its best, the church crosses those boundaries—at least of age. Unfortunately, the American church struggles with diversity unlike almost any other institution. However, it becomes a problem when you have to check multiple boxes to make a relationship count as a diverse friendship.

You might say to someone, “You’re older than I am by a decade. But you’re the same race, religion, and marital status. You don’t count as a diverse friend.” That’s not true. Is it more beneficial to have multi-faceted diversity? Of course. But I wouldn’t want us to eliminate those areas of diversity that are just one box. Start with something that is race, age, or even gender. In the church we have exceeding problems with recognizing cross-sex friendships. We are stuck in men’s ministries and women’s ministries, and by default that means men’s friendships and women’s friendships.

Crossing generations is also an interesting place to start. I’ve got an older man in my church who lost his wife last year. He said to me, “I’m lonely and want someone to meet up for coffee and go to a movie with.” I said “I can do that.” He’s older, a widower, and in his 70s. That’s a valuable friendship to cultivate. The church could do a lot more of that.

Is it hard for single and married people to be friends? What has been your experience as a single woman in her 40s?

It is. As I get older and have more friends with kids in their late childhood and teenage years, they just don’t have the flexibility that friendship demands. It is hard. Unfortunately, as you get older the piles are disproportionate so that there are fewer single people and more married people. Single people are often the ones who are asked to be flexible because the assumption is that we have the flexibility. “I have these demands, can you make it work in my plans?” For me personally, it has been more gratifying and easier to be friends with older single people than with people of my same age group that are married. With married friends in my age group, it’s always on their schedule. This is where my discipline and scholarship hurts me in my regular life. I know the importance of reciprocity, and I look at my own life and my relationships don’t feel very reciprocal. When you’re always the one doing the bending, at some point you just say, “I’m done.”

What kind of advice do you give to your students these days about navigating friendships, especially maintaining them post-college?

There’s good news and bad news. The bad news is that friendship in adulthood is harder than it looks. Long-term friendships are a rarity. The reason is that they take work. Most of the time something else becomes a priority, either out of necessity or out of choice. As a result, I go back to dropping the bar of expectation. It doesn’t mean I don’t want good, genuine friends, but it does mean that I can’t necessarily assume that because I have all the right ingredients it’s going to happen.

The good news is that friendships in adult life happen in unexpected places. You always have to keep the radar out for expanding the circle, because you’re never sure which seeds are really going to take off and become a more substantial friendship. You do go through periods where you’re overextended, and as a result, you look around and don’t have very many people who are in an inner circle, let alone an outer circle. So don’t be too discriminating.

More good news is that you’re going to find yourself in different communities in different life seasons. Give yourself grace in the relationships you hold onto. And don’t be too critical and judgmental of friends on what they are not doing and not being.

Join the conversation on Facebook
Tags:
Fellowship and CommunityFriendshipTechnology
Posted:June 10, 2016