How unmarried women stand to change party politics on both sides of the aisle.
Anika Smith, guest writer 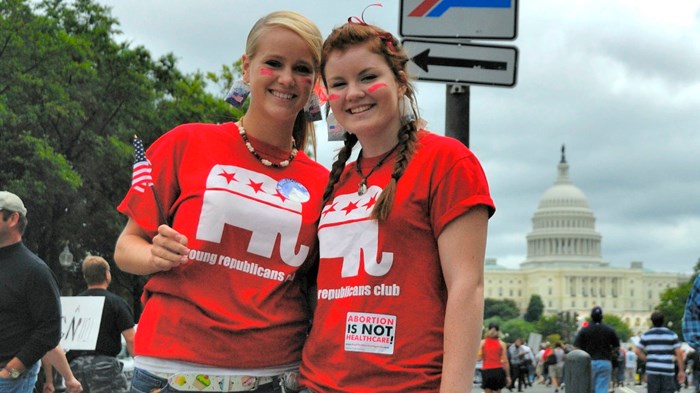 Cathy McMorris Rodgers was 36 years old and single when she was elected to Congress in 2005. At the time, she was so focused on her career that she wondered if she would remain single for the rest of her life. A decade later, McMorris Rodgers is now a wife and mother, the only member of Congress to have given birth three times while in office.

Her trajectory is unusual for a lawmaker, but pretty common for the growing number of American women who establish their careers and their sense of their adult selves while single, making it well into their 30s or beyond without changing their marital status. The Republican congresswoman’s story actually mirrors the narrative opening a recent New York Magazine cover story, “How Single Women Became the Most Potent Force in America.”

Writer Rebecca Traister—author of the new book All the Single Ladies—explains that the rise of single women is “a radical upheaval, a national reckoning with massive social and political implications” as single women outnumber married women for the first time in American history. Marriage has shifted from an expectation in a woman’s early 20s to a life goal saved for someday (if ever).

Both parties find themselves in a new political reality as a result of this demographic change. Republicans once relied on marriage to shift women to the right as they began to care for their families. Democrats have long had a lock on single women, getting their vote reliably in presidential ...

Join the conversation on Facebook
Tags:
ElectionsPoliticsWomenWomen in Leadership
Posted:March 4, 2016