Why we shouldn’t be turned off by healthy touch.
Lore Ferguson Wilbert 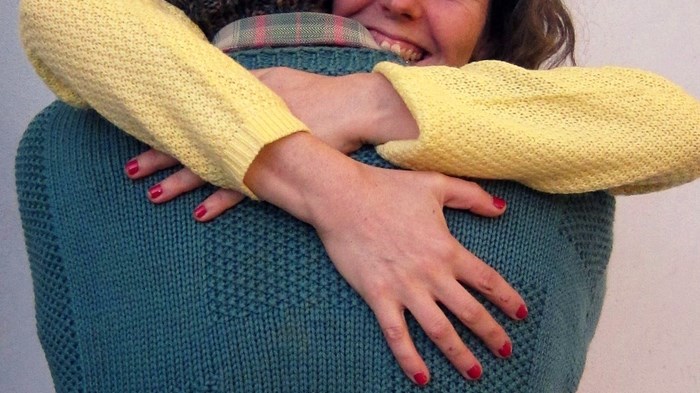 She drew small circles on his back with her manicured nails. He sat up straighter and leaned forward. I averted my eyes and kept on singing about a God who satisfies all my deepest longings while feeling like a fraud of a worshipper: the single girl who longed for the kind of touch she saw in front of her.

What do we do about public displays of affection in the church? I faced this dilemma every week as a single woman, when it felt like the last time I’d been hugged, kissed, or back-scratched was when I visited Grandma. In church, I saw that affectionate touch knew no generational bounds, popping up among new couples, old couples, and middle-aged couples alike.

Now, I’ve always been a proponent of good hugs, muscle rubs, and kisses on the top of my head. Within dating relationships I was mostly a good Christian prude, but among all the other relationships I was the first to give out hugs. “A good hugger” will probably be my epitaph; among my circle of friends it's been called the "Lore Hug." (I could be known for worse and so I'll take it.)

For all my love of hugging, though, there was something about public affection between couples, particularly in church, that always rubbed me the wrong way. I’m not alone. A few weeks ago, I saw a friend posted her pithy observations on church PDA, and people flooded to the comments to declare “pet peeve,” “creepy,” and “get a room.” I knew where they were coming ...