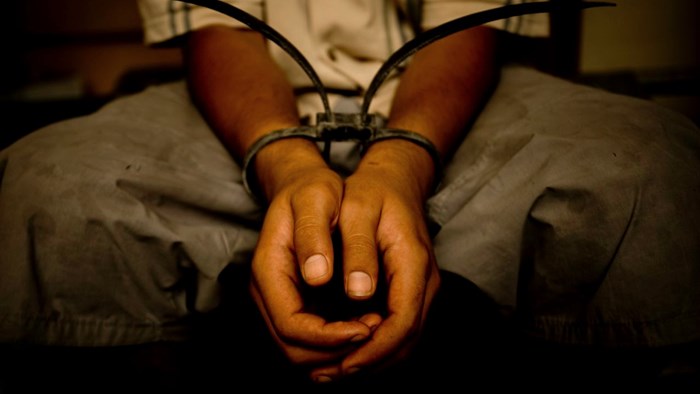 A few months ago in the early morning, I joined a group from my Atlanta-based church on a two-and-a-half-hour drive down I-85 South to the Stewart Detention Center, one of the largest immigration detention centers in the country. Some of the immigrants detained in the facility had requested visitors, and so our church responded. I tried to imagine—who would be so lonely as to ask a stranger to meet with him? Someone living in a very isolated place. Stewart is located in Lumpkin, Georgia, a rural town near the border of Alabama. Many of the center’s residents have been transferred from other states—some as far away as California—and as a result are cut off from family, legal representation, and support networks.

When our congregation asked about the purpose of our trip to Stewart, we relied on Christ’s invitation in Matthew 25:36: “I was in prison and you came to visit me.” Of course, this wasn’t prison exactly. It was immigration detention. Maybe that’s why, when we arrived, I was unprepared for the distinctly prison-like look of the facility.

Shrouded in barbed wire, Stewart was built as a medium-security prison. Its almost 1,800 beds are filled with men who’ve entered the country illegally, overstayed a visa, or served US prison sentences for previous crimes and are now awaiting removal proceedings. Perhaps the most important feature of the detention center is hidden behind the scenes: It’s owned by CCA (Corrections Corporation of America), a for-profit prison corporation that operates numerous detention centers as well as state and federal prisons across the country.

This August, the federal government announced a move to reduce contracts with private prison corporations. Between 1980 and 2013, the federal prison population skyrocketed almost 800 percent, so the Bureau of Prisons began outsourcing to private companies. These companies essentially profit off the vulnerable and often value the bottom line above the humanity of those in their charge. Private facilities like Stewart have been heavily criticized for inhumane conditions, including reduced food rations, overflowed plumbing, and fatally delayed healthcare.

The move to reduce contracts with these companies is an encouraging baby-step toward a more just prison system. However, some of our country’s most marginalized people—immigrants—are still a booming business for certain corporations. Approximately 50 percent of immigrants in detention are held in private facilities. Why? The federal government’s Immigration and Customs Enforcement (ICE) is the only law enforcement agency in the country that has congressionally-mandated minimums to uphold. In other words, they are required to have 34,000 immigrants detained on any given night. This mandate, also known as the bed quota, creates a constant demand for private prison services.

As immigration reform is hotly debated on Capitol Hill, big players like CCA have high stakes in the game. Along with The GEO Group, another leading prison corporation, the CCA has spent well over $30 million since 1986 in campaign contributions and lobbying efforts. Their lobbying has been effective, and prison profits have boomed thanks to deals like this recent $1 billion contract for a center in Texas to detain Central American families. Recent “crack downs” on immigration now mean that women and children—many of them asylum seekers who are fleeing poverty and violence—are now being held in detention centers.

Although the problem is complex, solutions are within reach. For starters, the immigration detention sector of law enforcement should be included in the federal government’s plan to phase out private prison contracts. Secondly, the bed quota should be ended, and immigration enforcement should focus on the needs of detainees rather than required minimums. Women and children asylum seekers should not be imprisoned at the cost of taxpayers and to the profits of corporations. And immigrants, especially children, should have the option of legal representation. (Immigrants are not afforded lawyers, and this practice recently came to light when one judge asserted that children as young as three are capable of representing themselves in immigration court.)

For most of us, the tangled web of illegal immigration and immigration policy reform seems like a remote political problem. Even so, it’s a source of great divisiveness among us. Should we open our borders or close them down? Deport undocumented immigrants or establish a pathway to citizenship? As people of faith, we’re called to set aside these disagreements (at least temporarily) for one purpose: to come alongside those who are suffering and isolated. For centuries, the church has viewed prisoners as people worthy of our love and care. We have a long and sturdy legacy of prison ministry, and I believe immigration detainees ought to be folded into our prison outreach.

In Georgia, my church partnered with El Refugio (“The Refuge”), a hospitality ministry for immigrant detainees and their families and friends. In the rural town of Lumpkin, there are no hotels and only two restaurants, so El Refugio rents a small home where families visiting loved ones can stay for free and eat from the well-stocked fridge. Volunteers stay in the house each weekend to offer Christian care and comfort to the families. Many visiting families can barely afford the time and cost of a long journey to Stewart—especially if their main breadwinner is locked up in detention—so El Refugio is there to support them. The organization also supports those in detention by calling in volunteers from outside nonprofits and churches (like mine).

As I sat across from a young man who’d been in detention for a few months—the thick glass between us—we spoke through our respective telephones while he shared with me about his life, his family, his case, and the uncertainty of his future. I imagined Jesus sitting on the other side of the glass. I was in prison and you came to me.

In the midst of seemingly intractable problems—the ongoing immigration crisis and the associated issue of privatized detention—may we all hear Jesus’ simple invitation:

“I was in prison and you came to me.”

Sarah Quezada is a writer and nonprofit professional living in a bicultural household in Atlanta with her husband and two kids. She has a master’s in sociology and writes regularly about social justice, family, and living across cultures on her blog, A Life with Subtitles. You can find her on Twitter and Facebook.

Join the conversation on Facebook
Tags:
ChurchFellowship and CommunityImmigrationPrisons
Posted:September 12, 2016