While living abroad, I discovered the corrosive effects of corruption and the suffering it causes.
Dorcas Cheng-Tozun 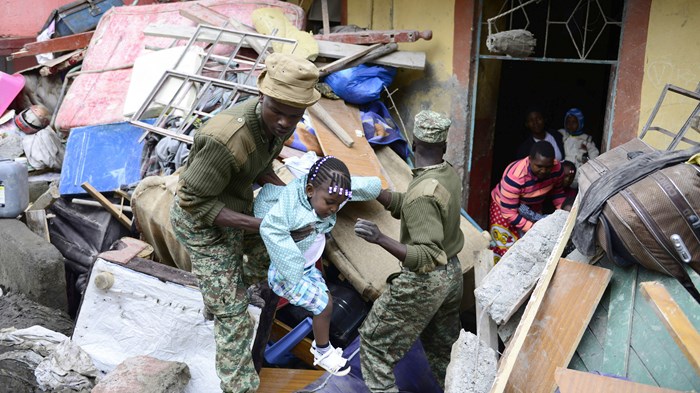 A couple of weeks after our family moved to Nairobi in April 2016, a six-story apartment building in another part of the city collapsed after several days of heavy rain. Fifty-one people died as they slept.

Two months later, chilling headlines hit local newspapers. Willie Kimani, a Kenyan lawyer with Christian human rights organization International Justice Mission, along with his client and their driver, went missing and were later found dead. It was the first time an IJM staff member had been killed in the line of duty.

The beautiful, cosmopolitan city that was my new home suddenly looked a lot darker. Even the locals were shocked by the brazen and sinister nature of the crime. As I followed news reports of the murders and ongoing debates about building safety in Nairobi, I found that these two horrific events, so different in nature, had one chilling commonality: Their origins could be traced back to systemic, unabated corruption.

Corruption is by no means a modern challenge. The Bible has multiple references to the corruption of ancient Israel and its neighbors. Historians have documented how corruption infected the Roman Empire in its later days and eventually led to its downfall. Even so, I have come to believe that corruption is one of the most urgent justice issues of our day. If we as the church care about injustice and inequality and the suffering of the poor and oppressed, then we must be deeply concerned about corruption. As stated in the 2004 United Nations Convention ...