How being married with kids complicates church compensation. 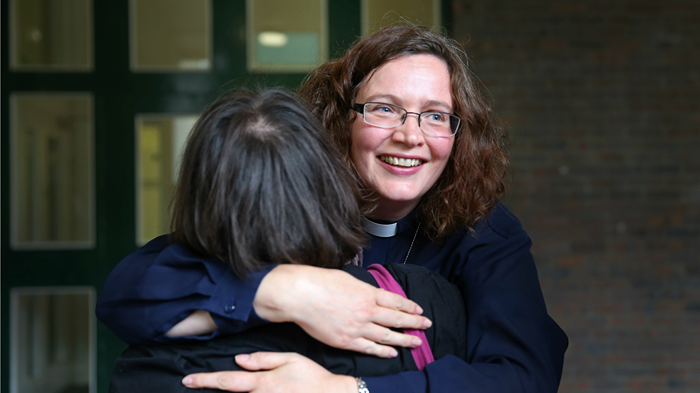 Motherhood is the single biggest factor contributing to the pay gap between women and men. Even in the church, where marriage and families are celebrated—and, in many traditions, expected—female pastors are paid disproportionally smaller salaries if they’re married with kids, according to research published last month in the journal Sociology of Religion.

In 2016, married women and moms with kids at home earned 72 cents for every dollar made by men in the clergy. Their pay gap—28 percent less than men—was twice as big as single women’s, which was 12 percent less, or 88 cents on the dollar.

When Tara Beth Leach became the first female senior pastor at one of the largest Nazarene churches in the US last year, she knew her top position and comparable pay made her an anomaly. One of the criticisms she heard lobbied against her (from congregants who ultimately left the church) was based on her family status: She's a mom of young children and therefore unqualified.

Though the overall gender pay gap among clergy has significantly shrunk over the past few decades, from women earning 60 cents on the dollar in 1976 to 93 cents on the dollar in 2016, the researchers attributed much of the shift to stagnating salaries among men in the clergy. “While our results highlight growth in gender income parity among American clergy, there are still barriers to female mobility within this occupation,” they concluded.

Some of those barriers are practical challenges of balancing a career and a growing family, and some are due to perceptions of working moms in Christian settings.

About 21 percent of female clergy work part-time; they’re five times as likely to do so as men, the new study found. Many moms opt for flexible, part-time schedules, and/or take lower-level positions on the church staff to balance their careers with their obligations at home.

“What I have observed is many churches don't like to cross into the full-time threshold and therefore have to pay benefits,” said Leach, who wrote for WomenLeaders.com about how she breaks the senior pastor mold at First Church of the Nazarene of Pasadena in California. “Many women, especially mothers, work part-time.”

When married women aren’t seen as the breadwinners for their families, either due to their part-time employment status or theological approaches to gender roles, employers may have less incentive to offer competitive pay.

“On the part of the church or parachurch organizations, there may be a tendency to view women with children as dependent on the primary income of the husband,” said Halee Gray Scott, an expert in women’s leadership in the church and author of the book Dare Mighty Things. “In this view, the salary of women is just gravy.”

Or, women themselves feel less compelled to negotiate. One mainline clergywoman admitted her husband’s salary and benefits allowed her to take a lower-paying position at church.

“We find that the work of married female clergy is devalued relative to unmarried female clergy. This marriage penalty has implications for how congregations make decisions about paying their clergy leadership,” the researchers stated. “It might be that more married females are working in non-senior clergy positions. Studies have also found that women are more likely to serve as associate pastors and in smaller congregation.”

Titles such as “director” rather than “pastor” can also impact wages. Using self-reported survey data, the 2018 Church Compensation Handbook for Church Staff released by Church Law & Tax (a fellow CT publication) shows that pay gaps between men and women are highest for positions with lower salaries, including staff who oversee worship, children’s ministry, youth ministry, and Christian education.

Average salaries for women, according to the 2018 handbook, were listed as between $8,000 and $22,000 less than men working full-time in similar positions. Meanwhile, women in senior and solo pastor spots reported salaries comparable to, or even a little higher than, men.

Earlier this year, Church Law & Tax took a closer look at the gender pay gap in ministry, including more of the legal and theological factors at play. Obviously, not all traditions hire women for pastoring and teaching roles, and—because of the relatively few female clergy and the variation between denominations—it’s hard to capture the bigger picture and how much progress is being made toward pay parity.

The Association of Religion Data Archives, in its analysis of the University of Oklahoma study, brought up denominational surveys conducted by the Evangelical Covenant Church and Episcopal Church; in the latter, the pay gap between men and women jumps among women who have served for over 5 years or reached age 35—perhaps in correlation with childbearing.

Like in other careers, their part-time status and the need to balance responsibilities at home can keep clergywomen-moms from earning raises and promotions as regularly as their male counterparts.

Stephanie Dyrness Lobdell, one of the lead pastors at Mountain Home Church of the Nazarene, described the holdups around raising salaries for two female church staff members, who needed to undergo the denomination’s district-level ordination process.

“The challenge of the educational and administrative requirements are felt more heavily by women,” whose family obligations can keep them from advancing as quickly, said Lobdell, who leads the Idaho congregation alongside her husband.

Co-pastoring can give married women an immediate comparison for fair wages; she and husband Tommy cut the paycheck right down the middle, while she earns additional pay for also serving as the worship pastor. (This setup prevents one scenario the researchers described: Some churches view pastors’ wives as a benefit since they may be expected to volunteer or do unpaid work, whereas pastors’ husbands—especially when they work full-time outside the church—aren’t viewed as offering the same perk.)

Courtney Ellis and her husband also make identical salaries as associate pastors at a Presbyterian Church (USA) congregation in Southern California. She wrote for CT Women about how her roles as pastor and mom collided as she found herself breastfeeding her firstborn while wearing her clerical collar. Several years and another baby since then, she said her gender and family status hasn’t raised an issue.

“The PC(USA)'s longstanding commitment to egalitarian ministry plays a significant part in this,” Ellis said by email. “I'd imagine that I face the prospect of the 28 percent pay differential less than women in other denominations, since we have mandatory minimum (salaries) for each geographical Presbytery.”

CT has recently reported how Protestant churches have responded to the rise of women pastors over the past 25 years as well as larger shifts in pastors’ hours and benefits.