The bailing trend is an understandable byproduct of a busy culture. But is it Christian?
Jen Pollock Michel 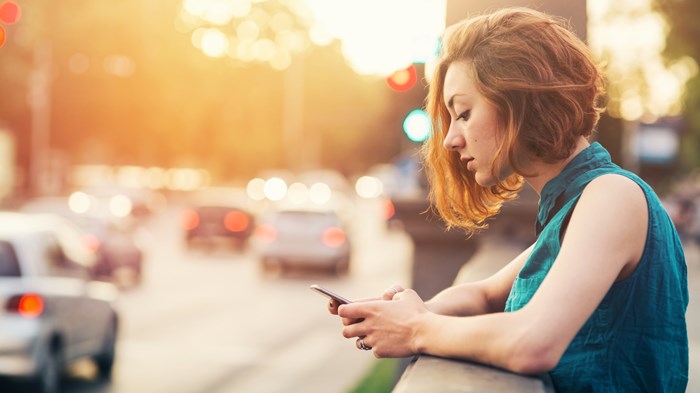 My friend lives in Toronto’s hipster west end, I on the eastern edge of buttoned-up midtown. To see each other, especially when both of us are swamped with work and family commitments, we flex the muscle of careful planning and muster herculean effort. However, several weeks ago, we planned to meet rather spontaneously for coffee on a Monday. She would be in my neck of the woods.

For a fleeting moment, our friendship had the gratuitous gleam of convenience.

Then she moved our meeting spot 15 minutes further from my house. The gleam faded, and I bailed. “Today has run away from me,” I texted the day before, “and I don’t think I have time tomorrow for coffee. I’m sorry, because I’d love to see you.”

It was true that I had gotten unexpectedly busy and hadn’t originally factored an additional half hour of driving into my week. It was also true that I counted on the solidity of our friendship to survive my one-off flakiness. And while I offer these as reasons, no doubt they might also be considered excuses.

“Bailing is one of the defining acts of the current moment,” David Brooks wrote recently in his column for The New York Times. We are a culture of “ephemeral enthusiasm,” readily and indiscriminately saying yes to invitations because we know we can “back out later.”

“I’m struck by how many people are quick to bail and view it as an unproblematic act,” Brooks muses. “They argue that we all have a right to control our own time and achieve mastery over our own life. Bailees have a duty to understand that sometimes other people are just too frazzled to follow through on their promises.”

Busyness has become the reason (or excuse) that no one can fault. When we bail, as I did, we blame our tyrant schedules. As Brooks points out, the smartphone makes it easy to renege on our commitments. “Bailing … is as easy as canceling an Uber driver,” he says. One text, shot effortlessly (and facelessly) over a phone network relieves us of burdensome commitments we thoughtlessly make and come later to regret. Bail unto others as they bail unto you.

Bailing might not be “the collapse of morality and the ruination of all we hold dear,” as Brooks points out, but our habits of excuse making are not without cost and consequence, especially in a community like the local church. When someone bails, someone else is left holding the bag, and when lots of people bail out, it impacts systems, programs, and budgets.

Several months ago, for example, we announced registration for our church’s first women’s Bible study. Because the study also involved small group sharing and accountability, we asked women to “prayerfully commit” to the six weeks. The initial enthusiasm was palpable. Women rushed to register online before we reached capacity (and incidentally, men begged for a similar study of their own.) On the first night of the six-week study, when we opened with singing, the room swelled with the collective chorus of more than 100 women, and my heart swelled with enormous gratitude for what was to come.

But by the end of the study, the tables were sparsely populated. The weeks had reduced us to nearly half of our original size. What had happened to all those women who had “prayerfully committed” to attending? Why had they bailed?

A self-confessed bailer myself, I sympathize with the contingent nature of life. A kid gets sick. Work gets crazy. Like a runaway train, the week careens to a halt and we emerge from the wreckage with only enough energy to man the television remote. Suddenly, attending weekly Bible study, showing up for a volunteer commitment, or (in my case) simply meeting a friend across town for coffee feels crushing and overwhelming.

I also sympathize with the exhausting nature of our hyper-connected reality—its pinging and notifying, its buzzing and alerting. I know the pressure of deadlines and domestic drudgery, especially when 6 p.m. rolls around and some hungry child strolls into the kitchen to ask, “What’s for dinner?” “Adulting” is impossibly Sisyphean, and some mountains seem too big to climb.

Conversely, however, I’m also familiar with the exhausting frustration of planning, organizing, and hosting events and collaborative projects, only to see people’s initial enthusiasm evaporate like morning fog. Of course everyone wants to help and serve and attend—but it’s just that “life has gotten so unexpectedly busy.”

In analyzing the bailing trend, Brooks invites us to harken back to a pre-smartphone era, “when people took it as a matter of course that reliability is a core element of treating people well.” “If you don’t flake on people who matter,” he says, “you have a chance to build deeper and better friendships and live in a better and more respectful way.”

By way of solutions, he suggests that we morally evaluate our impulse to bail according to three criteria: the reason, the method, and the potential impact. But I wonder if there aren’t different (perhaps more difficult) considerations for people formed into the image of Jesus. Christ called his disciples to integrity by saying, “All you need to say is simply ‘Yes’ or ‘No’; anything beyond this comes from the evil one” (Matt. 5:37). Even if bailing has become a socially acceptable response to our overly saturated schedules, we should resist the urge to conform to the pattern of knee-jerk yeses overturned by last-minute nos.

In our women’s Bible study earlier this summer, we explored the Psalms, noting the special emphasis placed on the faithfulness of God. In Psalm 89, the Hebrew word emunah is repeated eight times. Hebrew scholar Robert Alter tells us that this word refers to God’s faithfulness, his trustworthiness, his “dependability in fulfilling obligations.” In other words, God never bails on his people, never reneges on his promise.

As I ponder on God’s promises, I can’t help but wonder: What simple witness might we, the church, offer to the world by speaking a reliable yes?

Join the conversation on Facebook
Tags:
Fellowship and CommunityFriendshipHonestyTechnologyVirtues and Vices
Posted:August 14, 2017